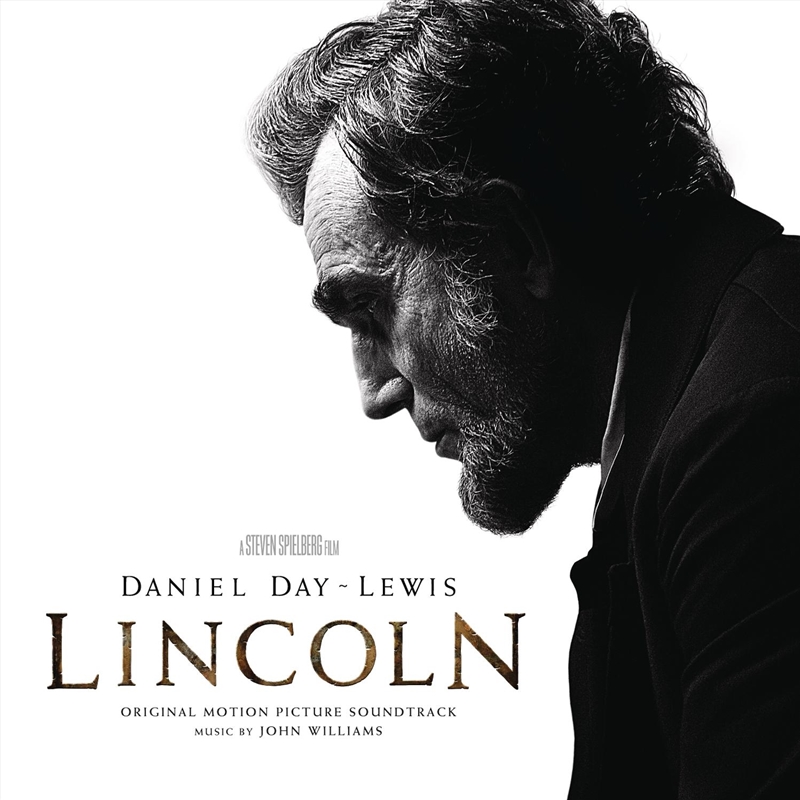 SEE MORE IN:
2 For $40 Music All 2 For $40
DESCRIPTION
Lincoln is the latest product of John Williams’ historic, 40-year collaboration with Steven Spielberg, during which he’s composed the music for all but one of the director's feature films. A legend among movie composers, Williams has written some of the best-known scores in film history in a career that began more than five decades ago. His work includes the music for all of the Star Wars and Indiana Jones films, the first three Harry Potter films, Jaws, Superman, E.T. The Extra-terrestrial, Schindler’s List, Close Encounters of the Third Kind, Memoirs of a Geisha, and Jurassic Park.

Williams has won five Academy Awards, four Golden Globe Awards, seven BAFTA Awards and no fewer than 21 Grammy Awards – a breathtaking lifetime’s achievement. His total of 47 Academy Award nominations makes him the Academy’s most-nominated living person and has been exceeded only by Walt Disney.  Williams also has written numerous acclaimed works for the concert hall, and serves as Conductor Laureate of the Boston Pops Orchestra and Artist in Residence at Tanglewood.No-one is better suited than Williams to provide a score for a film that depicts such momentous and historic events.

His full orchestral range can be heard in tracks such as “The People’s House”, in which woodwinds and violins create a pensive, purposeful atmosphere, and “The Purpose of the Amendment”, where a measured symphonic opening swells to grandeur amidst trumpet calls.  “With Malice Toward None” presents a hopeful theme with its serene strings, and the sombre side of events finds expression in “The Blue and Grey” with its contemplative solo piano theme.The score was performed by the renowned Chicago Symphony Orchestra and Chicago Symphony Chorus, with solos by a number of the orchestra’s distinguished principal players, including concert-master Robert Chen and principal trumpet Christopher Martin.

The original motion picture soundtrack of Lincoln is sure to be treasured not only by those who are moved by Spielberg’s masterful film, but also by the many fans John Williams’ stirring and memorable music.

2. The Purpose of the Amendment

3. Getting out the Vote

5. The Blue and Grey

6. “With Malice Toward None”

7. Call to Muster, and Battle Cry of Freedom

8. The Southern Delegation, and the Dream

11. Equality Under the Law

16. The Petersen House, and Finale