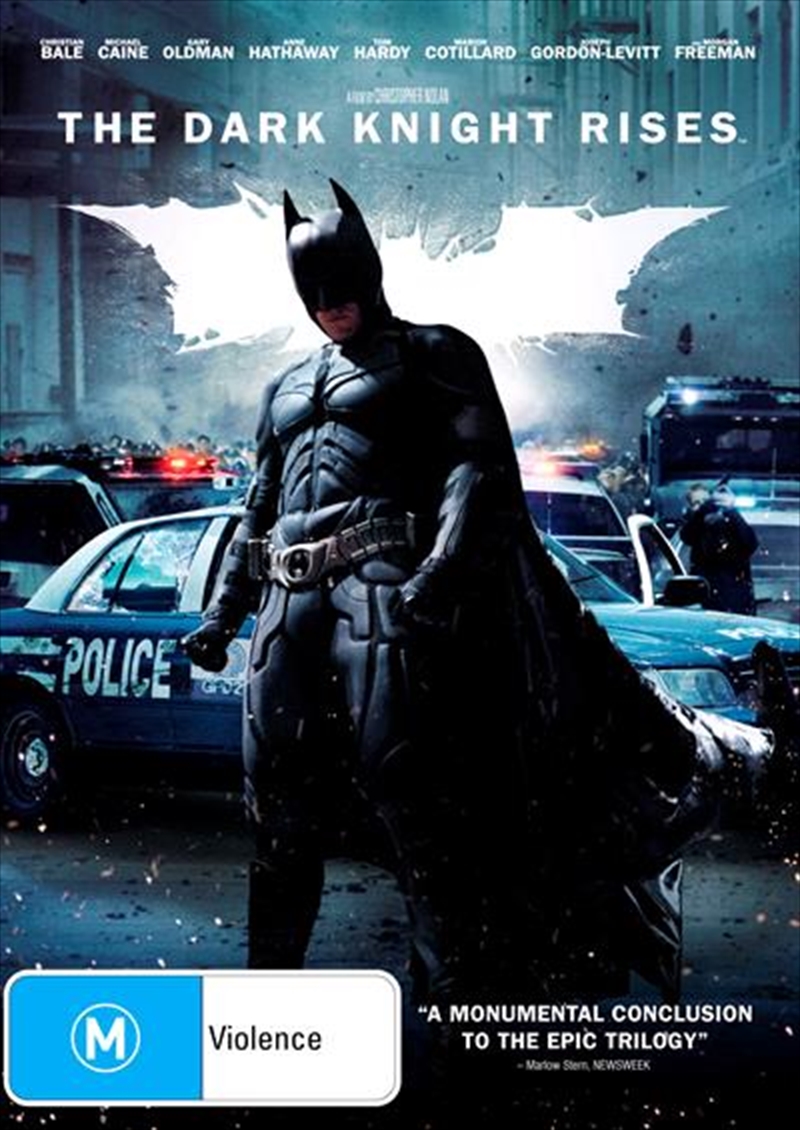 Christopher Nolan's Batman franchise continues with this Warner Bros. release, the third in the series. The story will pick up after the events of The Dark Knight, with Christian Bale returning as the Caped Crusader -- this time pitted against the deadly Bane (Tom Hardy) and Selina Kyle, aka Catwoman (Anne Hathaway). Nolan directs from a script he co-wrote with his brother, Jonathan, working off the story by David Goyer.
TRAILER
DETAILS