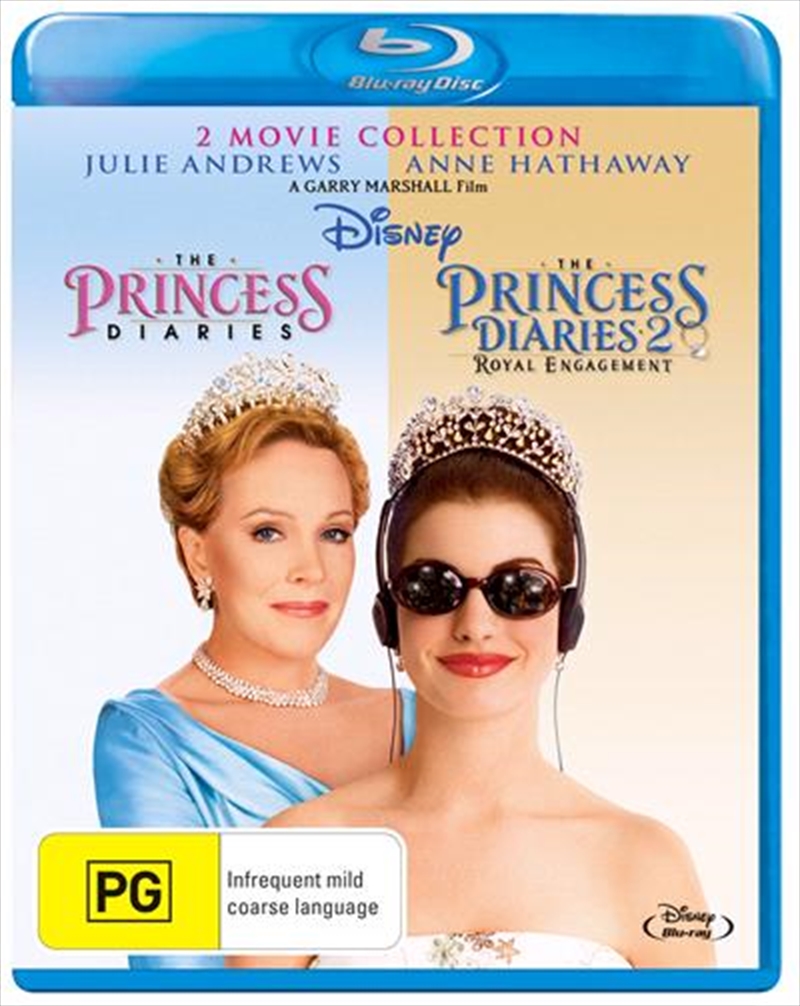 SEE MORE IN:
Feel Good Movies 2 for $20 Movies
DESCRIPTION
She rocks. She rules. She reigns.

Princess Diaries, The (2001) Academy Award winner Julie Andrews, enchanting newcomer Anne Hathaway and Hector Elizondo (Pretty Woman) lead a charmed cast in Disney's The Princess Diaries, a hilarious, hip and heartwarming modern-day Cinderella story. Mia Thermopolis (Hathaway) is a bright but terribly shy and gawky teenager whose goal in life is to survive each school day with a minimum of attention and embarrassment. Unfortunately, her wish to be invisible is thwarted when her strict grandmother arrives and delivers the shocking news that she's a real-life princess heir to the throne of Genovia! Furious, the reluctant royal agrees to take "princess lessons" and make the biggest decision of her life - in three weeks. And so begins a comical transformation towards poise and princessness when she finds herself in the middle of a media storm, jealous schoolmates and a plot to take over her country. Funny and uplifting, your entire family will thoroughly enjoy this crown jewel.Princess Diaries 2, The: Royal Engagement (2004) Starring the irresistible Anne Hathaway (ELLA ENCHANTED) and Academy Award winner Julie Andrews (Best Actress, MARY POPPINS, 1964), this modern-day fairy tale picks up right where THE PRINCESS DIARIES left off! As future queen of Genovia, Princess Mia (Hathaway) has everything a girl could want, except the magical romance she's always dreamed of. But soon, Mia's shocked to discover that she needs to get married right now or her family will lose the crown! Comic complications rule the day in this delightful family story about finding out who you really are and discovering what it takes to make your dreams come true!
TRAILER
DETAILS