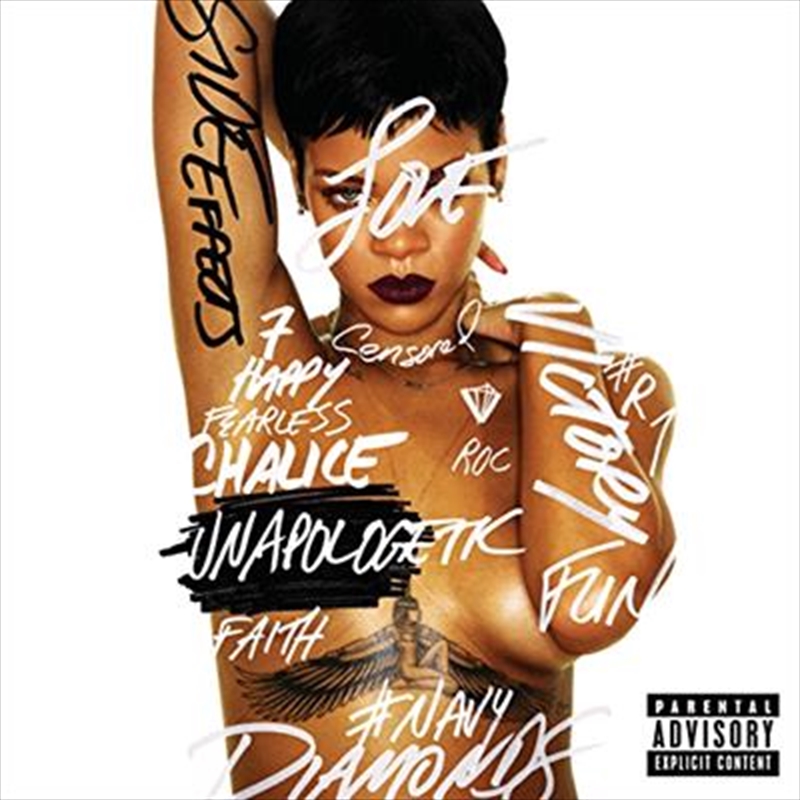 Worldwide superstar Rihanna has once again ignited record charts around the world with “Diamonds,” the fastest-rising single of her career to date, with first-week postings at #1 iTunes in 27 countries. Now, Rihanna announces the global release of her 7th studio album for Island Def Jam in just seven years: UNAPOLOGETIC arrives in stores and online this November.

The recipient of six Grammy Awards® and seven Billboard Music Awards, Rihanna has sold over 37 million albums and 146 million digital tracks worldwide, and currently holds the record as the top-selling digital artist of all time. Forbes named Rihanna the world’s #1 social media star with over 2.8 billion views on YouTube/VEVO, the most ever for any female artist, over 61 million Facebook fans, and over 26 million Twitter followers. In addition to her 11 Hot 100 #1 singles and overall 22 Top 10 singles, she also has 18 #1 singles on the Billboard Dance Club Song Charts.

Fresh Out The Runway

Get It Over With

Half Of Me [bonus Track]