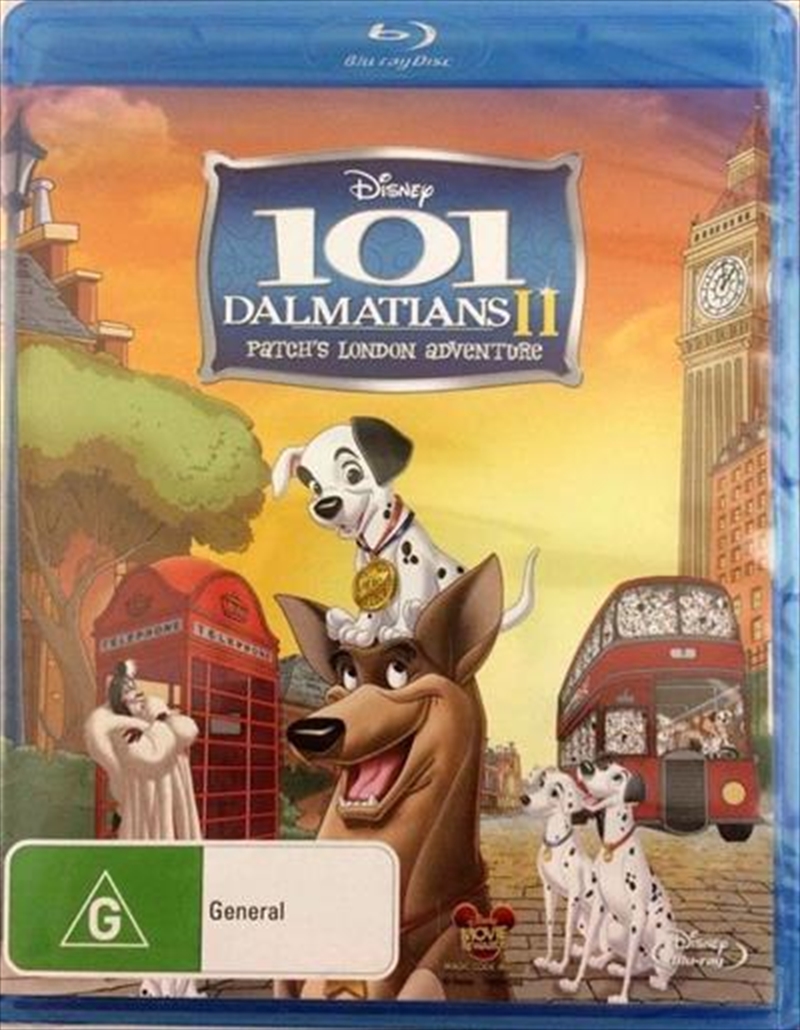 Puppies, puppies and more puppies are packed into this entertaining and exciting sequel to Disney's classic, 101 Dalmatians. And now, the 101 Dalmatians II Special Edition DVD includes even more fun and adventure, with an all-new "Patch's Twilight Adventure" game, music videos, a behind-the-scenes "dog-umentary", and more! The adventure begins when Pongo and Perdita's pup Patch, who is not satisfied being just one out of 101, gets the chance to meet his TV hero, Thunderbolt, the "One- Of-A-Kind Wonderdog". When Thunderbolt's trusty sidekick Lightning reveals that the show's producers are on the lookout for a new star, Thunderbolt with Patch in tow struts out into the real world to perform true acts of heroism. And when puppy-obsessed Cruella De Vil returns, it's Patch and Thunderbolt's teamwork and friendship that will save the day.
TRAILER
DETAILS