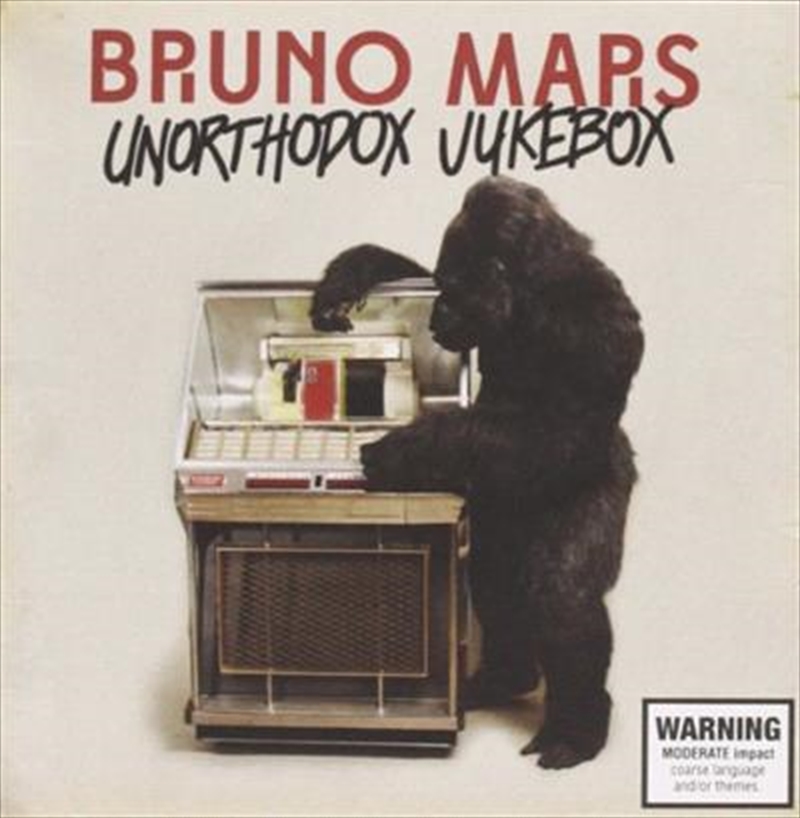 As its title suggests, Unorthodox Jukebox once again sees Mars melding a multitude of musical approaches to create his own distinctive sound. The album was executive produced by The Smeezingtons, the hit-making production team comprised of Mars, Philip Lawrence, and Ari Levine. An additional array of top producers also joined in the creation of Unorthodox Jukebox including such award-winning studio superstars as Jeff Bhasker (fun., Kanye West, Jay-Z), Mark Ronson (Amy Winehouse, Lil Wayne, Black Lips) and Diplo (M.I.A, Usher).

Bruno Mars – who has sold over 5 million albums and over 45 million singles worldwide, is undoubtedly among contemporary pop’s most gifted and compelling new artists. Released in October 2010, Doo-Wops & Hooligans – which has been certified 39x platinum worldwide and 4x platinum in Australia – was greeted with both popular success and critical acclaim from all corners of the globe. “The year’s finest pop debut,” raved Rolling Stone. “Near-flawless…(the album) delivers pleasure without pretension.” Fueled by a remarkable string of hit singles, including the multi-platinum #1 smashes, Just The Way You Are and Grenade, the album instantly established Mars as a major force in modern pop music.

Locked Out Of Heaven

When I Was Your Man