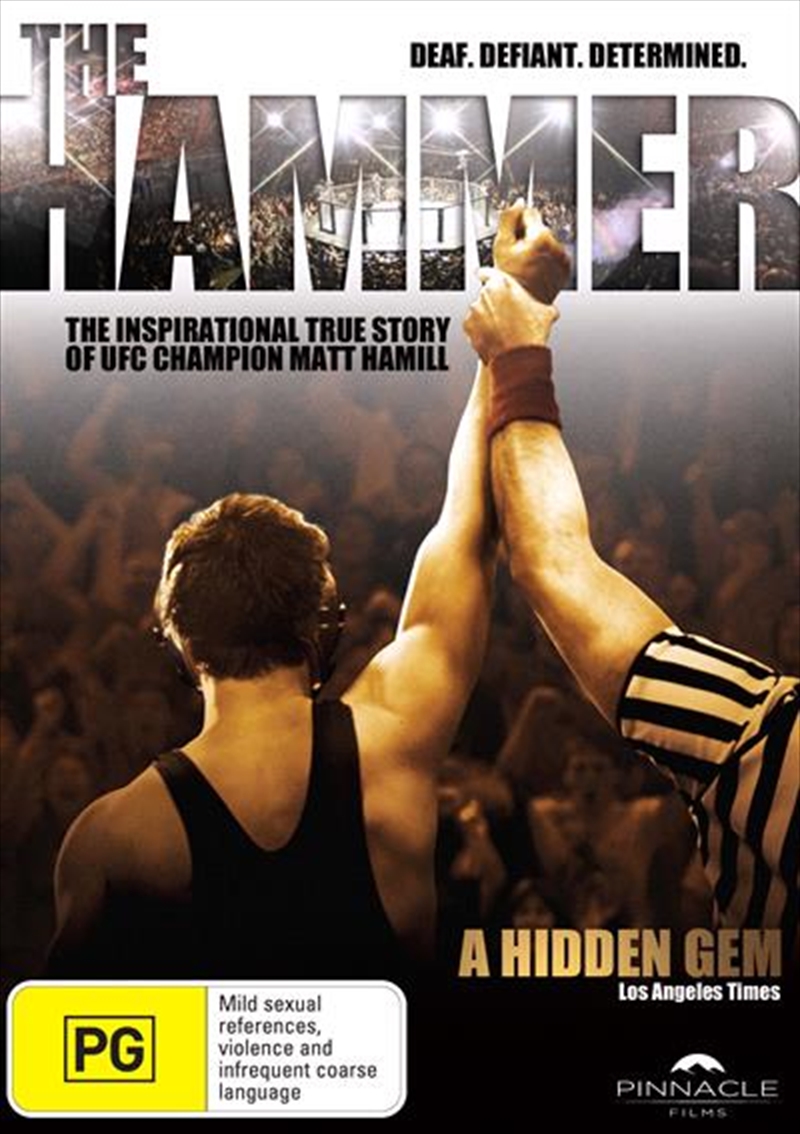 THE HAMMER recounts the inspirational life story of UFC fighter, Matt Hamill, and his struggle to become the greatest champion wrestler the sport has ever seen. Born as the only deaf person in his town, at a time when deaf education was almost non-existent, Hamill is determined to turn his perceived disability into an asset, as he sets his sights on winning wrestlings National Collegiate Championship. Russell Harvard (There Will Be Blood) stars as THE HAMMER, in this powerful and groundbreaking story of a true sporting legend.