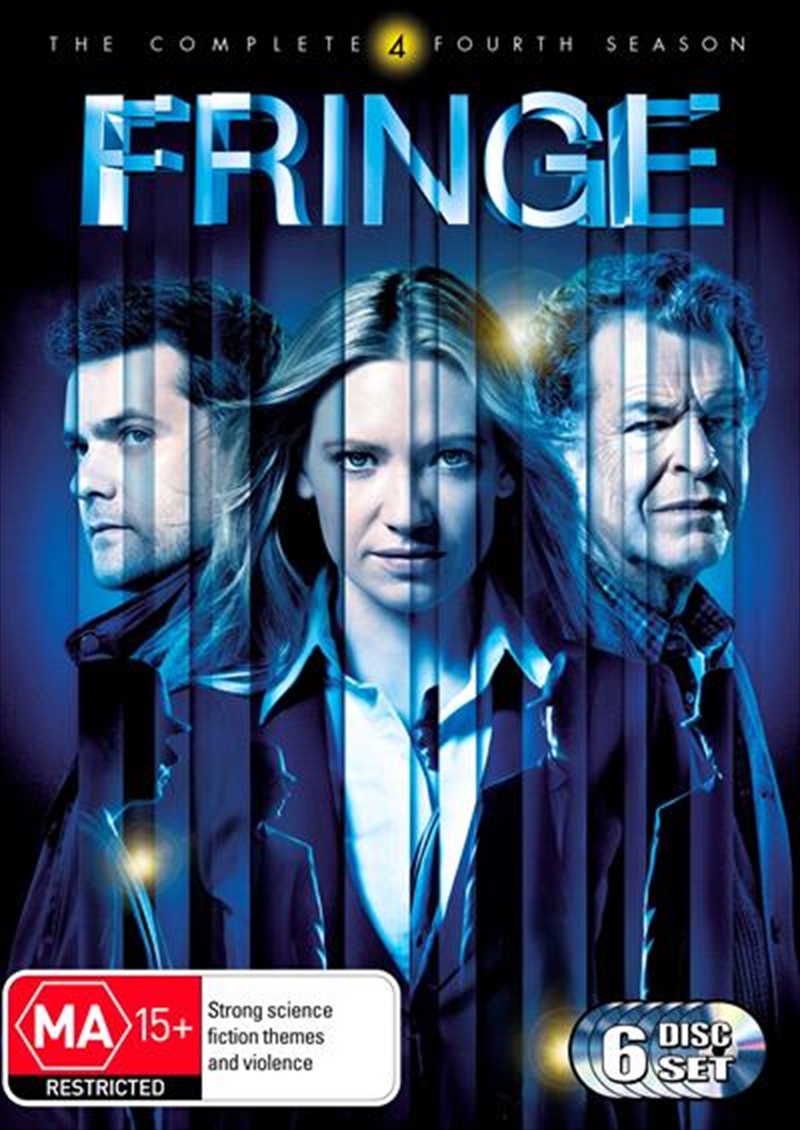 Wrapping up another mind-bending season, the critically acclaimed Fringe continues to explore otherworldly cases with endless impossibilities. Set in two parallel universes, the FBI's Fringe Division focuses around Special Agent Olivia Dunham, eccentric "fringe" scientist Walter Bishop and his jack-of-all-trades son, Peter--the trio is supervised by Special Agent Phillip Broyles and assisted by Agent Astrid Farnsworth. Simultaneously, the universe "over there" is populated by alternate doppelgangers including a scheming "Walternate," seductive "Fauxlivia" and a parallel Fringe team armed with advanced high-technology. In both universes, the teams investigate unusual incidents that defy human logic and unimaginable events that threaten our very existence on a universal scale. Irrevocably linked to the "other" universe by the machinations of a younger Walter Bishop trying to save the life of his son, Olivia and alternate-born Peter must heal the rifts between two warring universes while wrestling with questions of identity and destiny... and an unstoppable, ancient doomsday device.
DETAILS