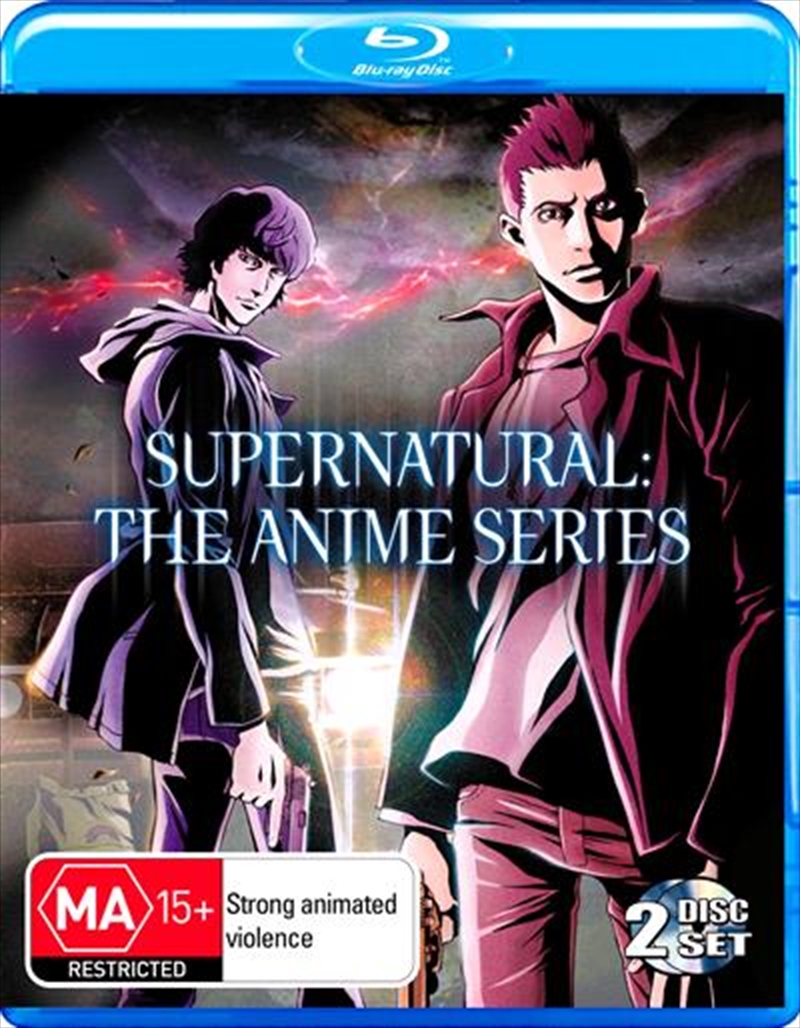 Shipping - See delivery options.
Postcode:
Quantity:
SEE MORE IN:
Cant Seem To Stream
DESCRIPTION
The otherworldly TV phenomenon that is Supernatural makes history entering another world: as the first-ever live-action television show to be reimagined as an anime series. The internationally acclaimed animation powerhouse Madhouse Studios produces the show with the blessing of original series creator Eric Kripke. With storylines mirroring Supernatural's first two seasons plus supplemental tales derived from prequels and spinoffs, this 3-Disc, 22-Episode Collection expands the dimensions of the familiar Winchester mythology. Journey down the backroads of America with brothers Sam and Dean as they search for clues to their father's disappearance, hunt down the supernatural in all its unearthly forms and enter into the unexpected mystery of their destinies - in vibrant, exciting anime.
DETAILS