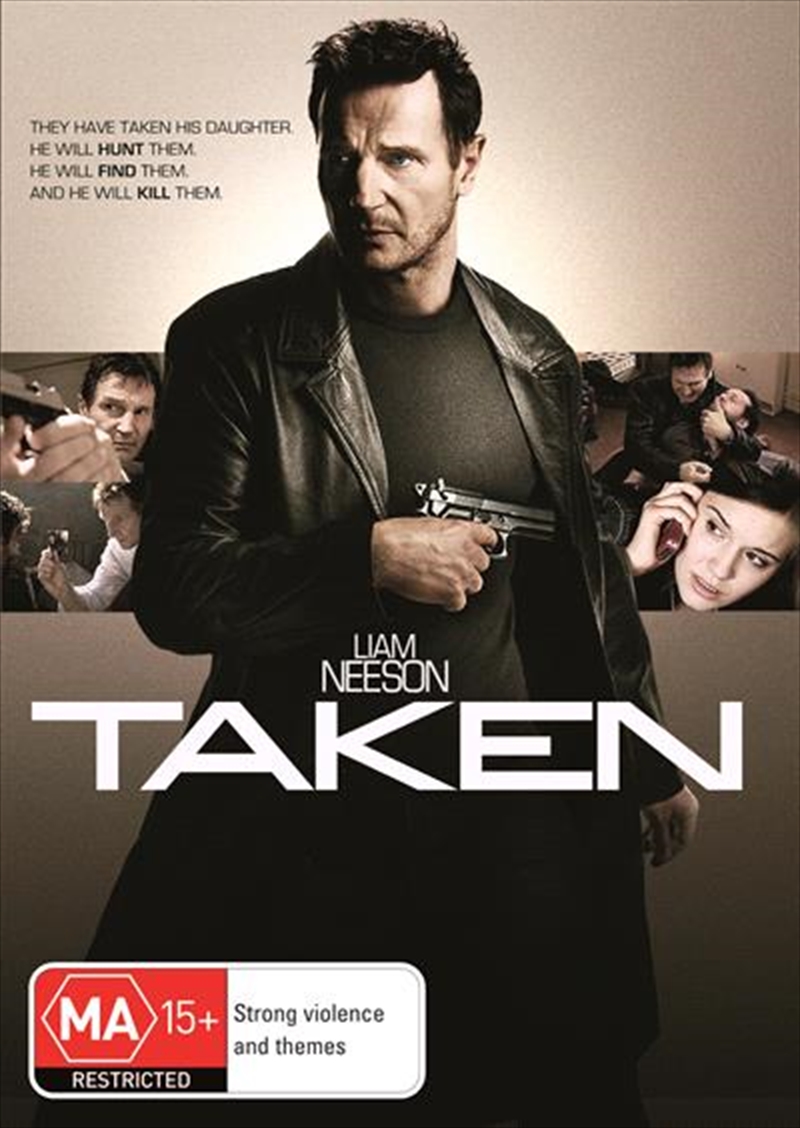 Shipping - See delivery options.
Postcode:
Quantity:
SEE MORE IN:
3 for $30 Movies & More Taken - Movies
DESCRIPTION
But if you don'?t, I will look for you, I will find you. And I will kill you.

Former government operative Bryan Mills (Liam Neeson) begins the longest 96-hours of his life - and the hunt for the fearsome organization that has taken his daughter Kim from the Paris apartment at which she has just arrived. Moments before Kim is dragged away by the as yet unseen and unknown assailants, she manages to phone Bryan, who begins to expertly piece together clues that will take him to the darkness of Paris's underworld, and to the City of Light's plushest mansions. He will face nightmares worse than anything he experienced in black ops - and let nothing and no one stop him from saving his daughter.
TRAILER
DETAILS