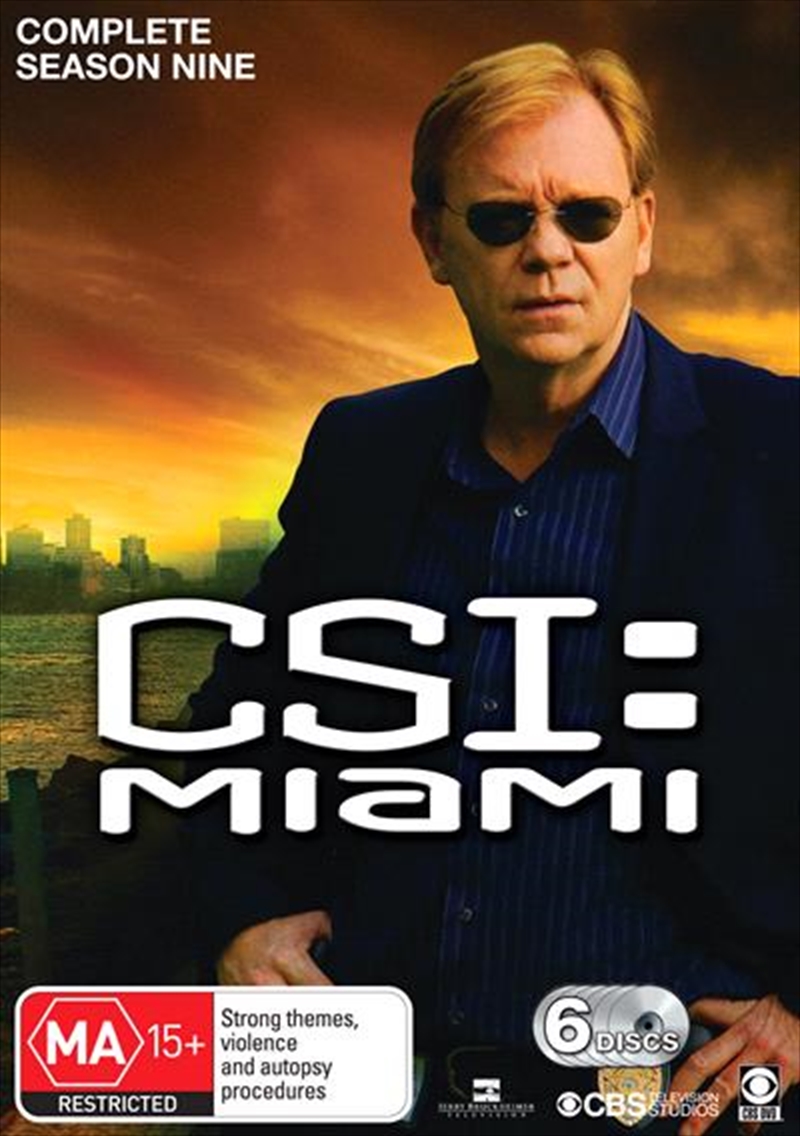 Shipping - See delivery options.
Postcode:
Quantity:
SEE MORE IN:
Crime TV CSI 3 for $50 TV All 3 for $50
In its ninth killer season, the Miami team loses one of its own and Horatio Caine has the ultimate showdown with the man who killed his wife. A madman at large, a blind man as a sole witness to murder, humans being used as preyevery one-of-a-kind case tests the teams commitment to justice, and each other.