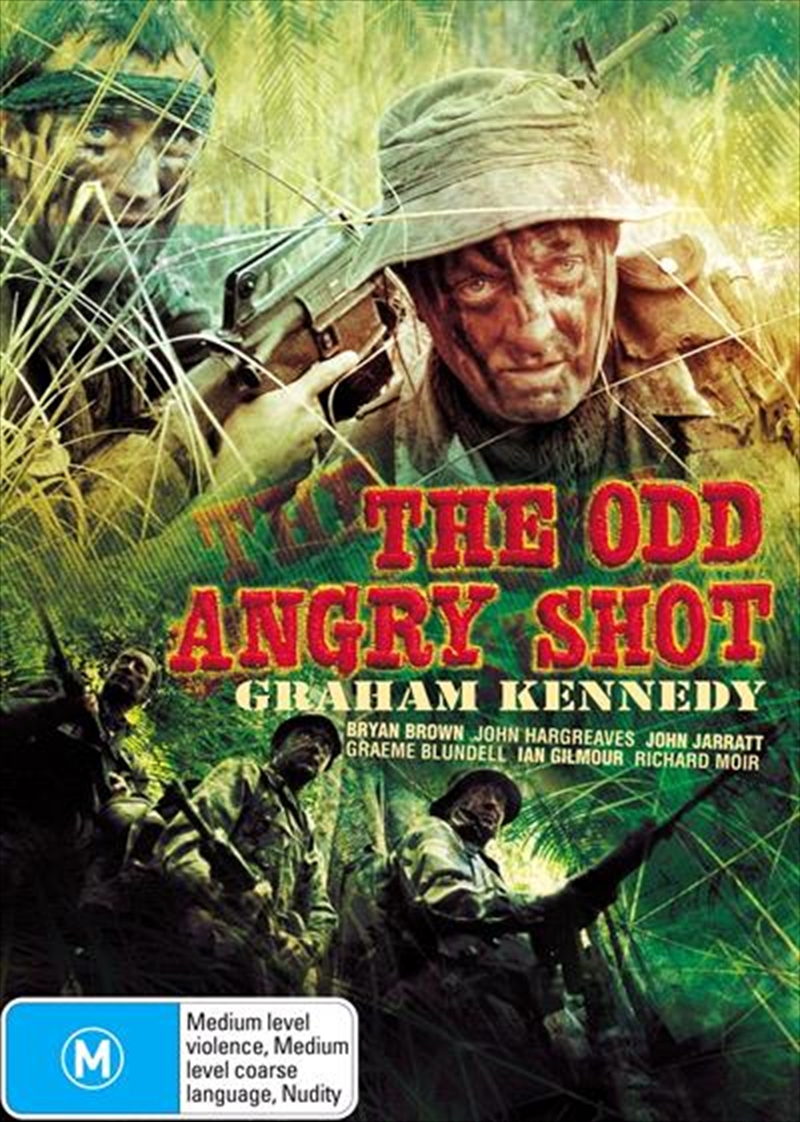 Shipping - See delivery options.
Postcode:
Quantity:
SEE MORE IN:
Cant Seem To Stream
Director Tom Jeffreys classic Australian film. Examining mateship and camaraderie of Australians in combat the DVD focuses on Harry (Graham Kennedy) a hard-edged SAS corporal who is serving his second tour of duty in Vietnam. In his new company of regular soldiers is the nave Bill (John Jarratt); the easygoing and laconic Bung (John Hargreaves); the blunt hard-living Rogers (Bryan Brown); the pragmatic and matter-of-fact Dawson (Graeme Blundell) and the youthful innocent Scott (Ian Gilmour). These soldiers while highly trained find themselves ill prepared for the harsh realities of armed combat and when the first odd angry shot rings out, they realise that their protective shield of humour is in fact no defence at all.