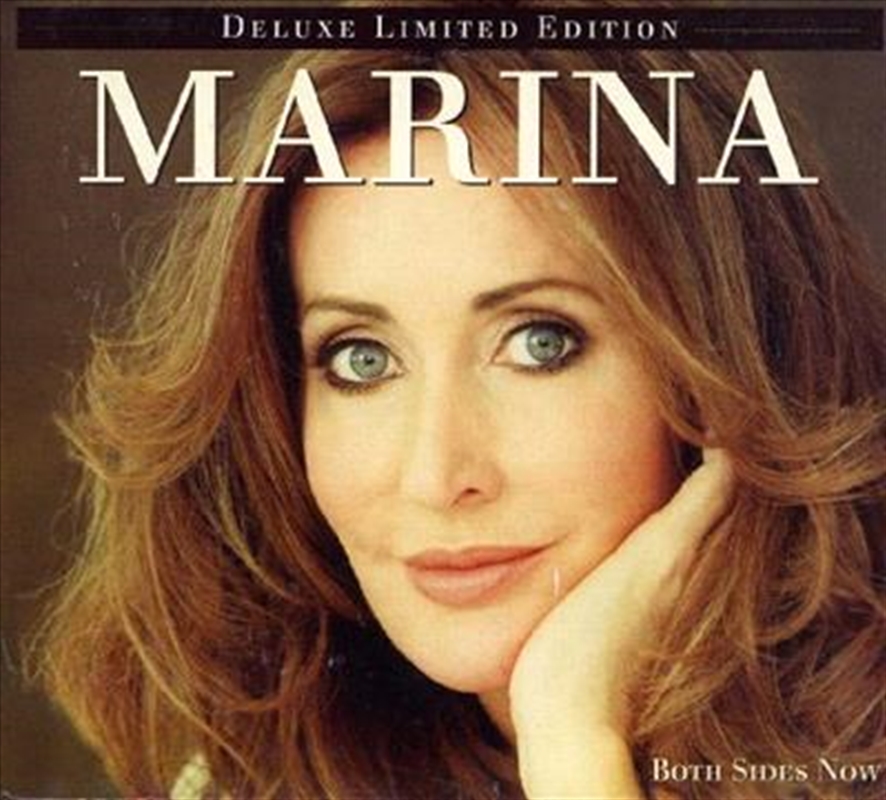 Shipping - See delivery options.
Postcode:
Quantity:
SEE MORE IN:
2 for $25 Music
DESCRIPTION
2CD Deluxe Limited Edition Digipak features a bonus CD of 5 new songs including Vincent, Songbird, Carnival Is Over, Time In A Bottle and Auld Lang Syne (this version was featured in the first Sex and the City Movie).

Both Sides Now is a complete departure from the traditional music of Marina Prior's previous recording career. This new album is a journey of songs from some of the greatest singer/song-writers and popular artists of our time. Artists such as Joni Mitchell, Kate Bush, Leon Russell, Stephen Still, The Carpenters, Lennon and McCartney, George Harrison, Maria Muldaur, Billy Fields, The Seekers, Don Mclean, Freddy Mercury, Wendy Matthews and ABBA.

“This is the music I grew up on, and the songs that made me who I am,” says Marina. “I’ve loved every moment of creating Both Sides Now. I hope you can sense that, and enjoy these songs with me. This is an album that I’ve been wanting to make for years...Finally, here it is, and I believe it has arrived at exactly the right time.”

On this album Marina Prior moves into a new era in her recording career. The album is a complete surprise package with haunting renditions of Scarborough Fair, the title track Both Sides Now, Waters of Babylon, and SOS (brilliant never heard before ballad version of the famous ABBA song), combined with the quirky Killer Queen, the big-gospel sound of Love The One You’re With and chilled groove of Midnight At The Oasis to name a few.

Man With The Child In His Eyes

You Weren't In Love With Me

Midnight At The Oasis

In My Life Here Comes The Sun

Love The One You're With

Day You Went Away

Windmills Of Your Mind

Time In A Bottle