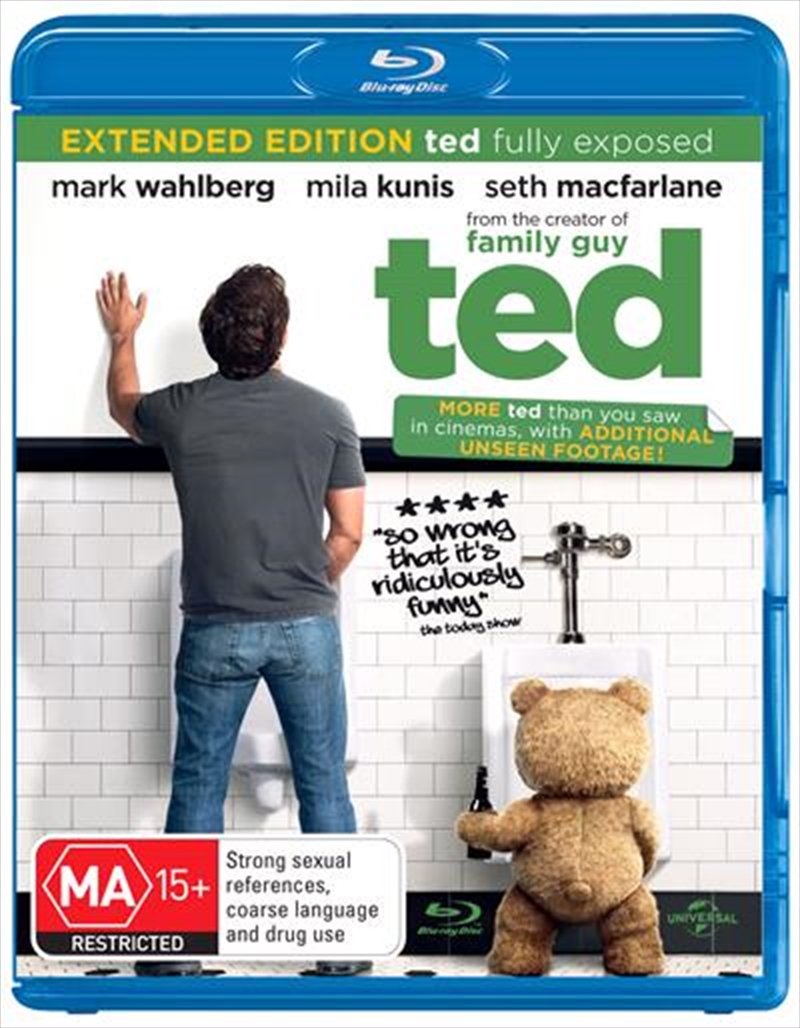 Family Guy creator SETH MACFARLANE brings his boundary-pushing brand of humour to the big screen for the first time as writer, director and voice star of Ted. In the live action/CG-animated comedy, he tells the story of John Bennett (MARK WAHLBERG), a grown man who must deal with the cherished teddy bear who came to life as the result of a childhood wishand has refused to leave his side ever since.
TRAILER
DETAILS