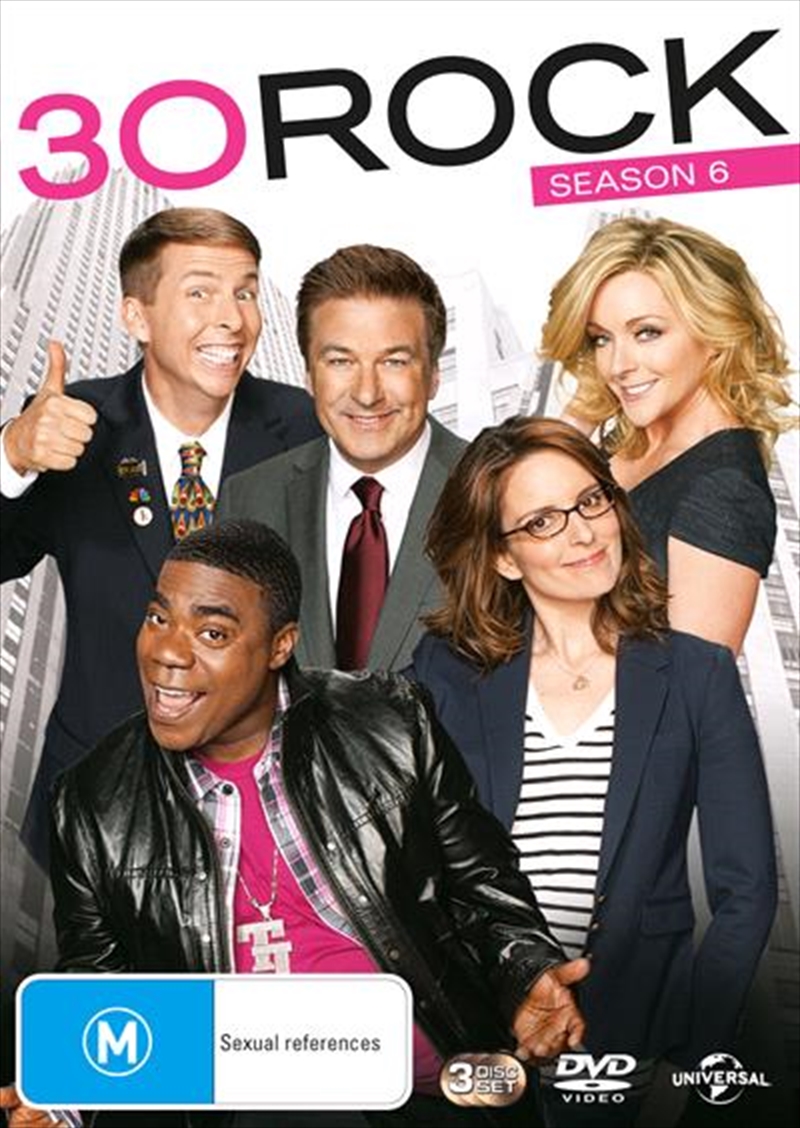 Emmy-winner Tina Fey writes, executive produces and stars as writer Liz Lemon in 30 Rock, an irreverent, wildly funny, Emmy-winning workplace comedy set behind-the-scenes of a live variety show. The series is told through the comedic voice of Fey and features the inimitable and Emmy-winning Alec Baldwin as Jack Donaghy, the brash network executive who turns Liz's show (and life) upside down with his meddling ways. Set in New York City, 30 Rock also stars Tracy Morgan, Jane Krakowski, Scott Adsit, and Jack McBrayer, and boasts a cavalcade of guest appearances from some of the most respected and recognizable faces in comedy.