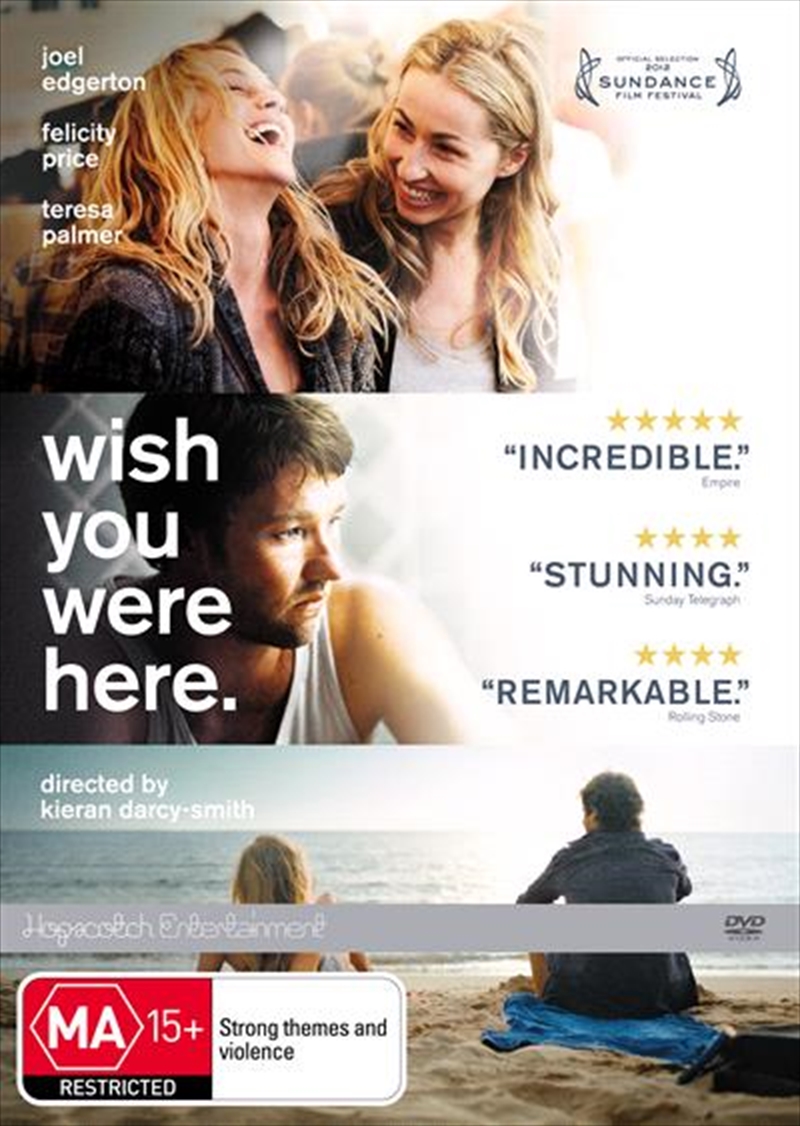 Shipping - See delivery options.
Postcode:
Quantity:
SEE MORE IN:
Australian Movies Movies & TV Clearance Movie Clearance Sale $5 Movies & TV Shows
DESCRIPTION
Four friends - husband and wife Dave and Alice, and Alice's sister Steph and her new boyfriend Jeremy - lose themselves in the fun of a carefree South East Asian holiday. However, only three return back to Australia. This psychological drama/mystery follows Dave and Alice who come home to their young family desperate for answers about Jeremy's mysterious disappearance. When Steph, returns not long after, a brutal secret is revealed about the night her boyfriend went missing. But it is only the first of many. Who amongst them knows what happened on that fateful night when they were dancing under a full moon in Cambodia?
TRAILER
DETAILS

Title: Wish You Were Here