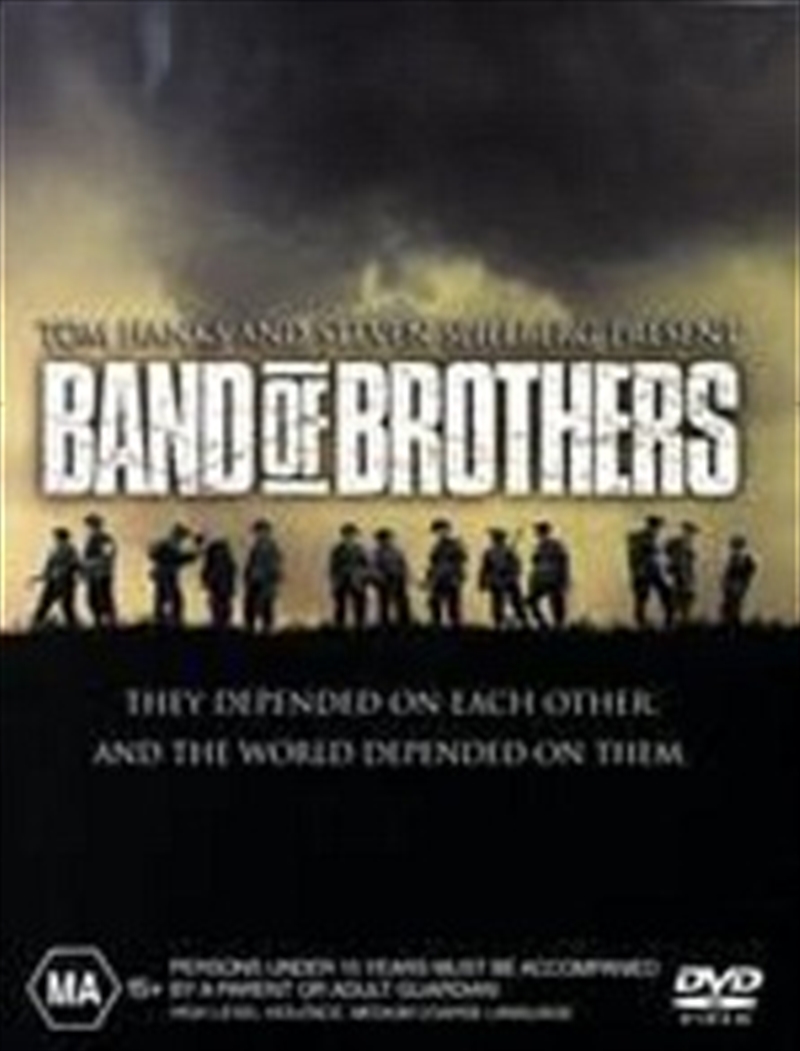 Shipping - See delivery options.
Postcode:
Quantity:
SEE MORE IN:
Cant Seem To Stream 3 for $50 TV All 3 for $50
They depended on each other, and the world depended on them.

On June 6, 1944 an elite rifle company parachuted into France and made world history on what would become known as D-Day. They fought in the Battle of the Bulge, captured Hitler's Eagle's Nest at Berchtesgaden and became true American heroes over the course of their service in WWII. Now, the story of this elite Army unit, told through a ten-part epic that will become a part of home entertainment history.

Based on Stephen E. Ambrose's nonfiction bestseller, BAND OF BROTHERS tells the story of Easy Company, 506th Regiment of the 101st Airborne Division, U.S. Army. Starting with their rigorous training in Georgia in 1942, it recounts the achievements of the elite rifle company from D-Day to the fall of Nazi Germany and the surrender of Japan.