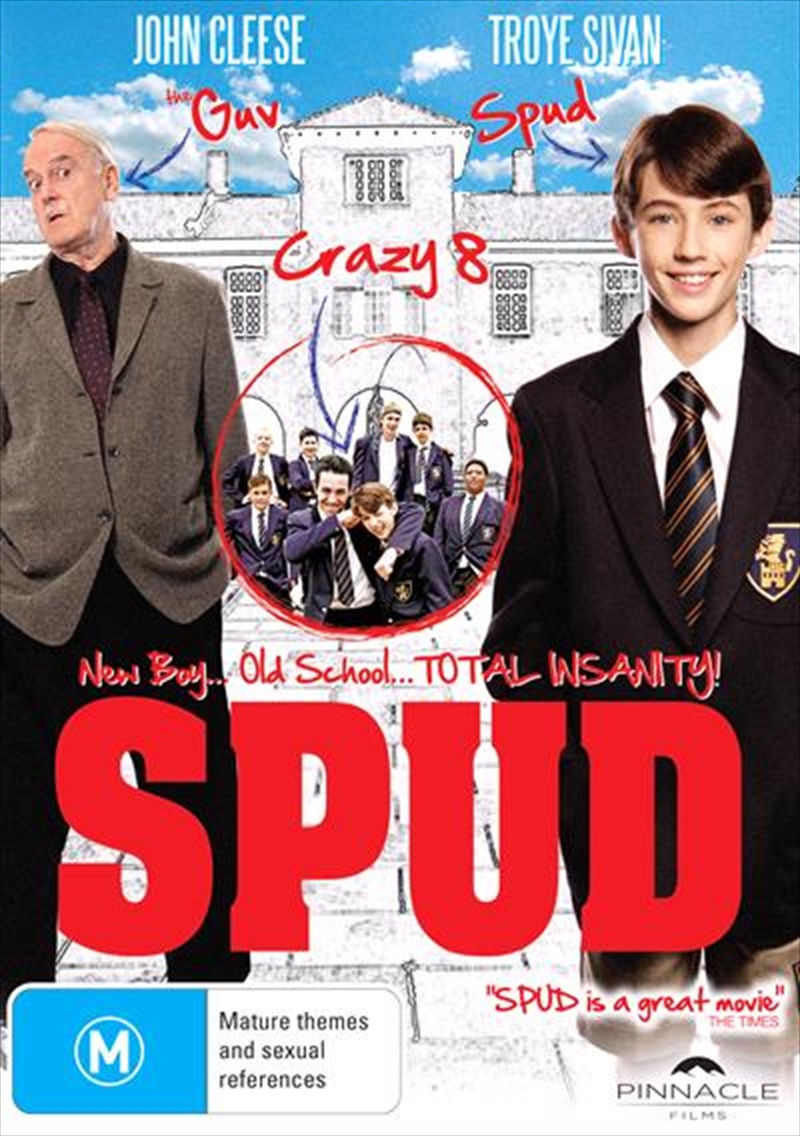 Two major events are about to happen: The release of Nelson Mandela and, more importantly, its SPUDs first year at an elite boys-only private boarding school. SPUD (Troye Sivan) is a boy from an ordinary background who wins a scholarship to a private school. Initiated into the CRAZY 8 and surrounded by boys with nicknames like Gecko, Rambo, Rain Man and Mad Dog, Spud has his hands full trying to adapt to his new home. Through all his adventures, Spuds eccentric English teacher THE GUV (John Cleese), introduces him to great literature, and despite his own failing marriage, offers Spud relationship advice. Armed with only his wits and his diary, SPUDs antics include all manner of schoolboy pranks both on and off the rugby and cricket pitches, while he comes to terms with a strange new world where his eyes are opened to love, friendship and complete insanity.
DETAILS