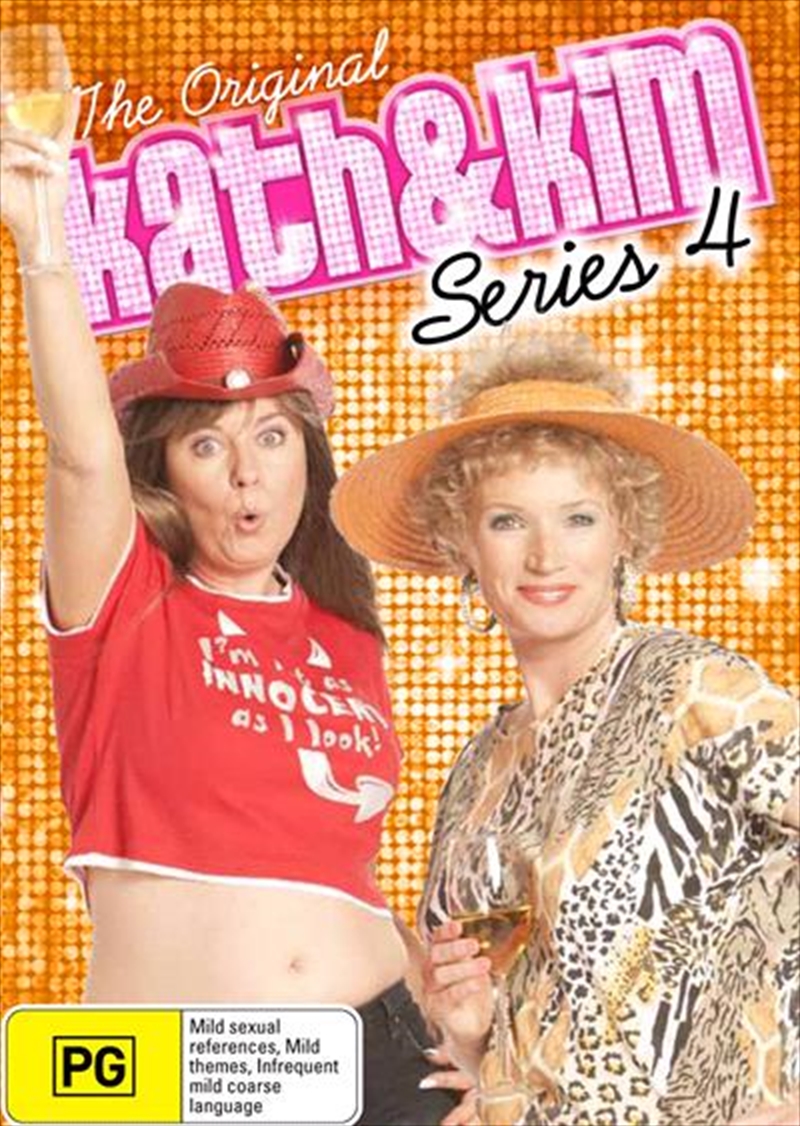 With over an hour of hilarious extras and behind the scenes footage never before broadcast, as well as with celebrity cameos galore, marital problems, cosmetic surgery and the Wedding of the Century, Kath & Kim Series Four is the best yet. Featuring all eight episodes, the DVD is a must have for all Kath & Kim fans. Epponnee-Rae is celebrating her first birthday and of course Kim isn't sparing any expense. Kath's been brushing up on her Indonesian, while Kel's been spending more time pushing his Blackberry's buttons than he has Kath's. Brett attempts to spice up his marriage with a romantic week away and things are finally looking up for Sharon when she finds her perfect match.