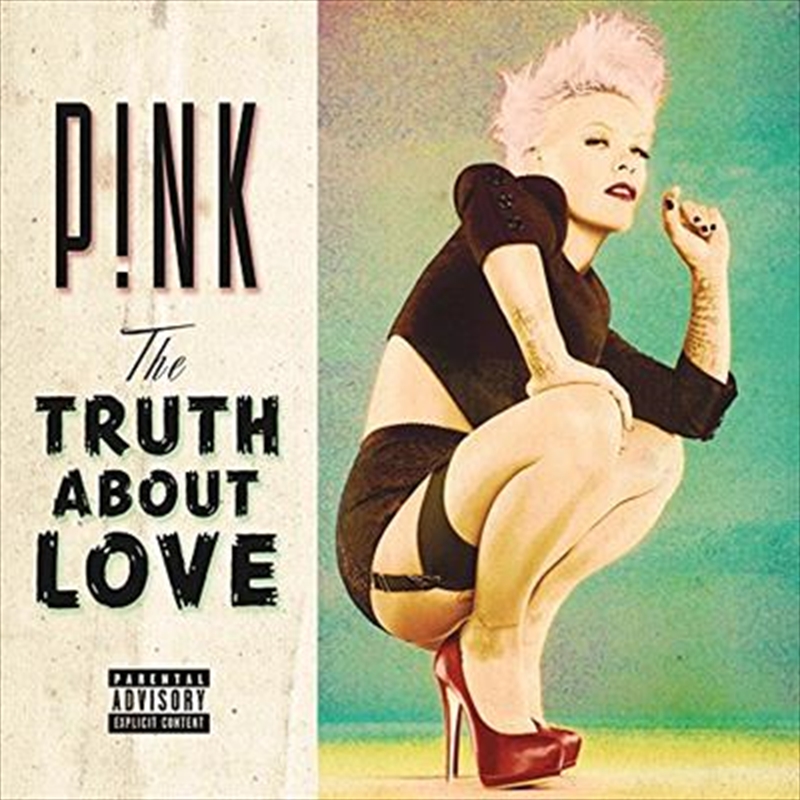 Shipping - See delivery options.
Postcode:
Quantity:
SEE MORE IN:
Pink 2 for $25 Music
Worldwide superstar P!nk announces her highly anticipated 6th studio album, THE TRUTH ABOUT LOVE, to be released on September 14th, 2012 through Sony Music Entertainment Australia. P!nk has teamed up with producer Greg Kurstin (Lily Allen, Red Hot Chili Peppers, Foster The People & The Shins) for the very first time on this release along with long time collaborators Max Martin and Shellback, Billy Mann and Butch Walker. She has also worked with songwriter/producer Dan Wilson (Adele’s Someone Like You). The album is P!nk’s unique take on the different shades of love – the dark, the light, the happy and the sad.

The first single, Blow Me (One Last Kiss) has exploded worldwide since it impacted radio last week including being the #1 most added song at Australian radio last week and is available for sale at all digital service providers. The single was co-written by P!nk along with producer Greg Kurstin. Having taken time out of the limelight to start a family, the tracks infectious melody and kick-ass lyrics have let the world know that P!nk is back and at her absolute best!

It’s been less than 2 years “our girl” P!nk released her last album – and that was a Greatest Hits at that! P!NK GREATEST HITS... SO FAR!!! held the #1 position in Australia for 13 consecutive weeks. The feature single, Raise Your Glass was #1 on Aria singles Chart and the #17 biggest selling single of the year 2010. Her previous album, FUNHOUSE, was the #1 highest selling album of 2010, with the FUNHOUSE TOUR: LIVE IN AUSTRALIA DVD the #1 highest selling DVD of the decade and is currently certified 30 x PLATINUM. All 4 singles from FUNHOUSE - So What, Sober, Please Don’t Leave Me and Bad Influence – were all # 1 airplay songs here in Australia. P!nk's 2009 Australian tour consisted of 58 SOLD OUT shows – an Australian record for one recording artist, seeing her play to over 685,000 people. She has sold over 6.5 million units in Australia alone.

Are We All We Are

Blow Me (one Last Kiss)

Just Give Me A Reason

How Come You're Not Here

The Truth About Love

Where Did The Beat Go