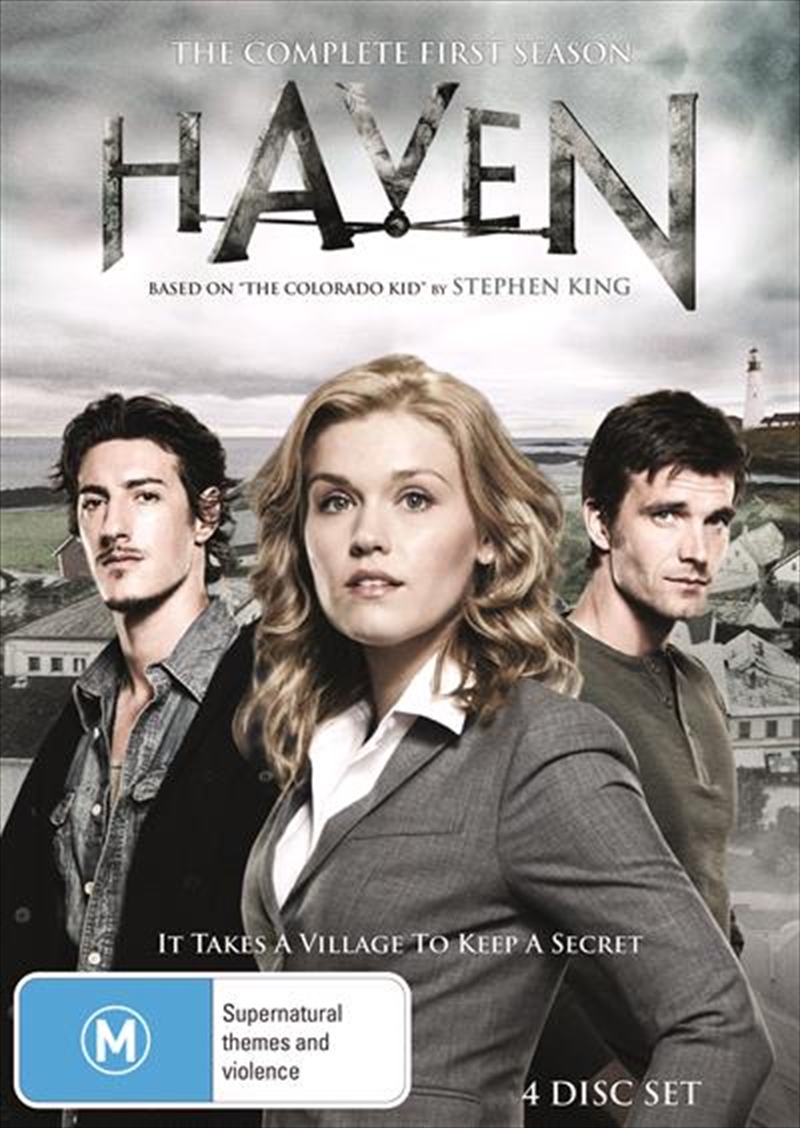 Shipping - See delivery options.
Postcode:
Quantity:
SEE MORE IN:
2 for $40 TV All 2 for $40
DESCRIPTION
It takes a village to hide a secret

Based on a Stephen King novella The Colorado Kid, Haven is an intriguing new mystery series that follows the story of FBI Agent Audrey Parker, who is brought to Haven, Maine, to solve what appears to be a routine murder case. Its only when she starts to spend some time in Haven that she realises that all is not as it seems, and that many of the residents share a surprising secret. What other mysteries lie just beneath the surface? The impressive creative team behind Haven includes showrunner Scott Shepherd (Tru Calling, The Dead Zone) who is joined by John Morayniss (Hung) Noreen Halpern (Hung), Laszlo Barna (The Bridge) and Michael Rosenberg (Hung, The Riches) as well as his partners, Executive Producers Lloyd Segan and Shawn Piller (The Dead Zone, Wildfire, Greek). The pilot was written by Sam Ernst (The Dead Zone) and Jim Dunn (The Dead Zone) who also serve as executive producers on the series.
DETAILS