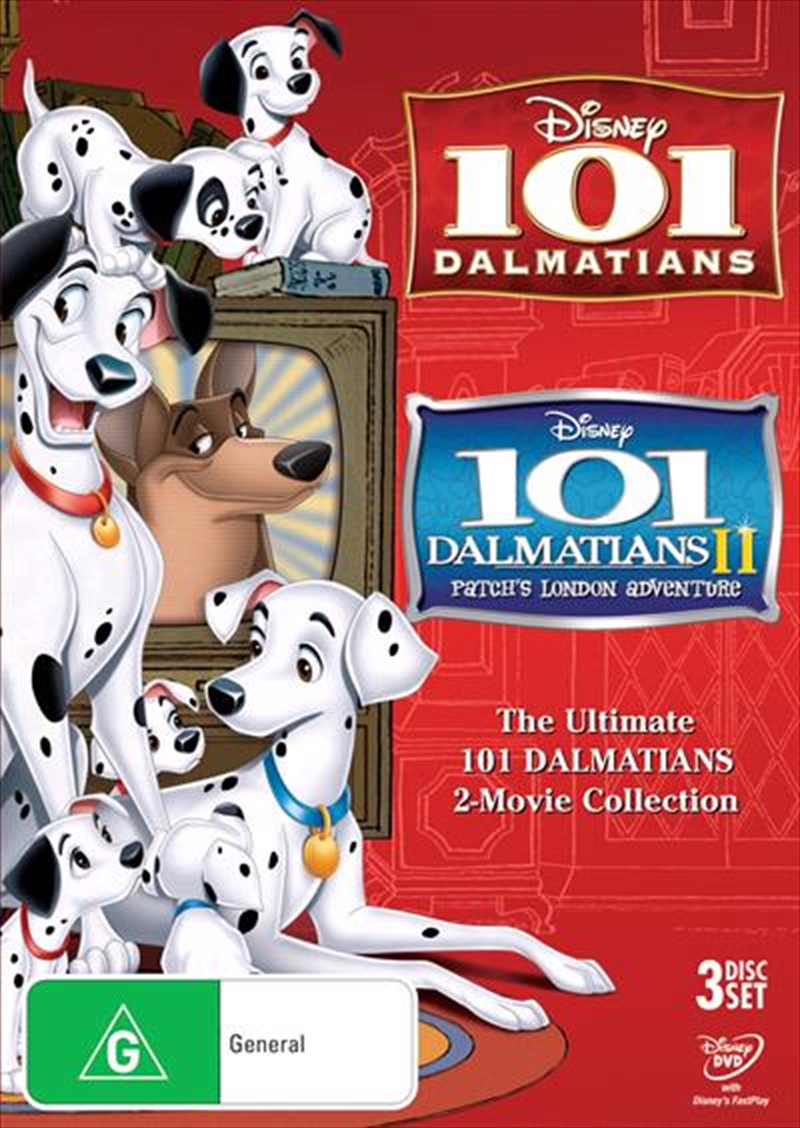 A lovable litter of puppies, an enchanting London setting and animation's most flamboyant villainess all add up to 101 Dalmatians, one of Disney's all-time greatest Classics! The fun starts the moment Dalmatians Pongo and Perdita settle into their owners' flat to become proud parents of 15 precocious pups. It's one big happy dog family - until the outrageous Cruella De Vil kidnaps the puppies, along with every other Dalmatian in the city! Now it's up to Pongo and Perdita, using the magic of "the twilight bark," to reunite the entire animal population in a thrilling mission to help the courageous pups outsmart their evil captor. Bring home all 101 Dalmatians and rediscover the excitement, the love and the laughter of this timeless Disney treasure!101 Dalmatians II: Patch's London Adventure:Roger, Anita and their canine clan are packing for the big move to Dalmatian Plantation, a home in the country with plenty of room for the 101 pups and far from the clutches of Cruella DeVil. The feistiest pup, Patch, feels lost in a sea of spots and longs to be a one-of-a-kind wonderdog like his TV hero, Thunderbolt. While watching the Thunderbolt Adventure Hour, Patch hears about a chance to appear on the show while it's filming in London.
DETAILS