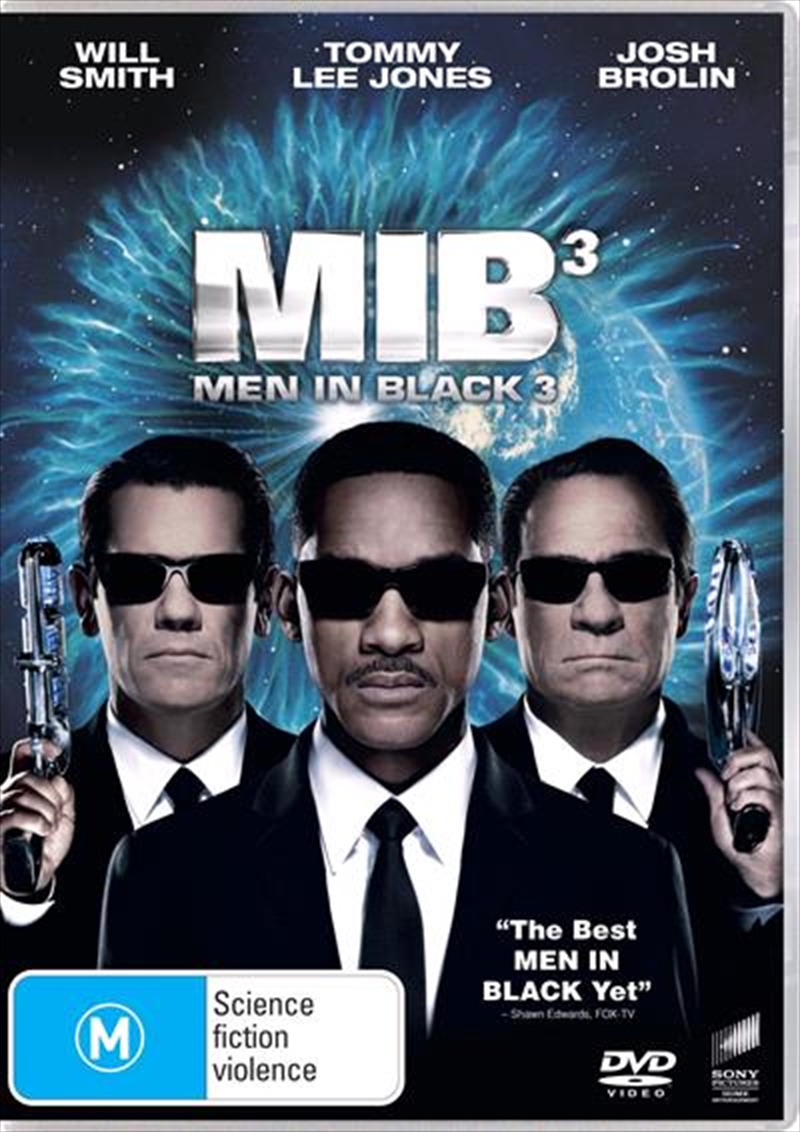 Shipping - See delivery options.
Postcode:
Quantity:
SEE MORE IN:
3 for $30 Movies & More Men In Black
DESCRIPTION
Back to the past... to save the future

The third instalment of the mega successful franchise is brought to new heights of cool with new aliens and gadgets, and set in the swinging 60s. Its an action-packed ride as Agent J goes back in time to save Agent K from potential life-threatening disaster. After breaking out of a moon-based maximum security prison, Boris the Animal decides to go back in time and eliminate the person who arrested him - Agent K. When he does so, Agent J realizes that the time line has been changed and he too travels back to July 15, 1969, the day before Agent K is killed. After overcoming some disbelief, J manages to convince K and others of just who he is and why he's there. With the help of a being who can see all time lines, they track Boris down. J also learns a secret, something K had never told him.
TRAILER
DETAILS