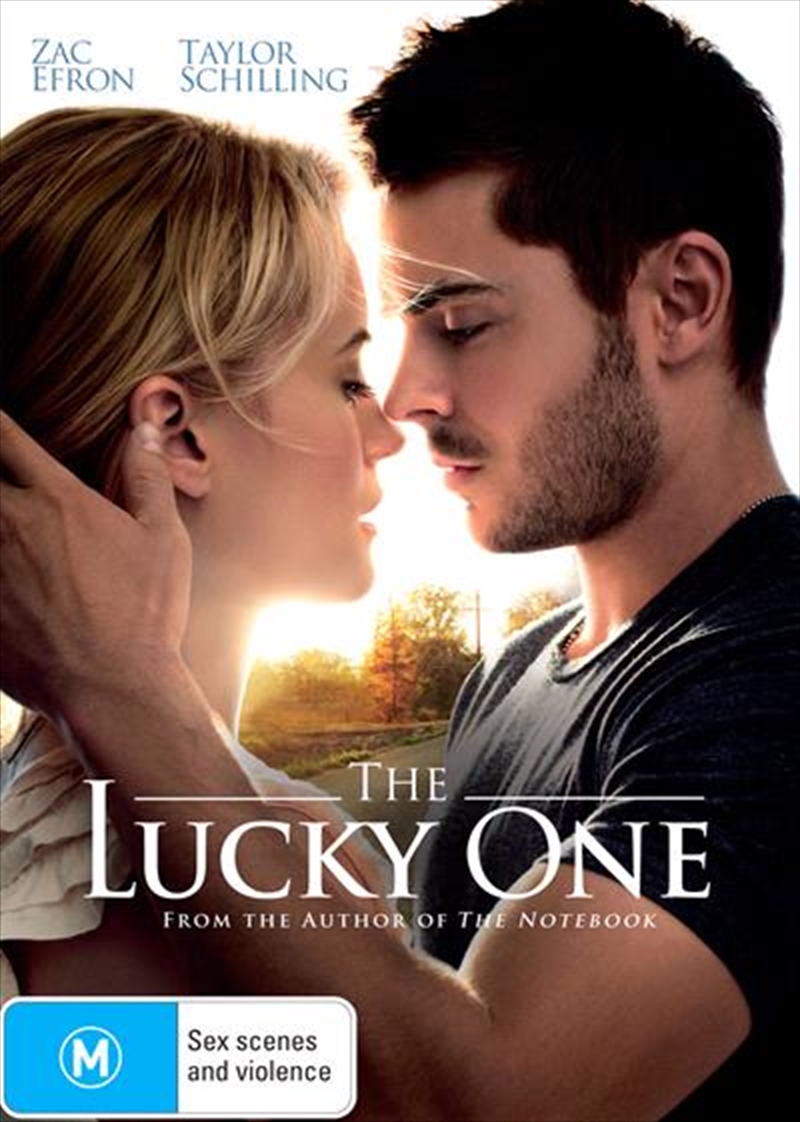 Shipping - See delivery options.
Postcode:
Quantity:
SEE MORE IN:
Movies & TV Clearance $5 Movies & TV Shows
DESCRIPTION
U.S. Marine Sergeant Logan Thibault returns from his third tour of duty in Iraq, with the one thing he credits with keeping him alive--a photograph he found of a woman he doesn't even know. Learning her name is Beth and where she lives, he shows up at her door, and ends up taking a job at her family-run local kennel. Despite her initial mistrust and the complications in her life, a romance develops between them, giving Logan hope that Beth could be much more than his good luck charm.
TRAILER
DETAILS

Title: Lucky One, The