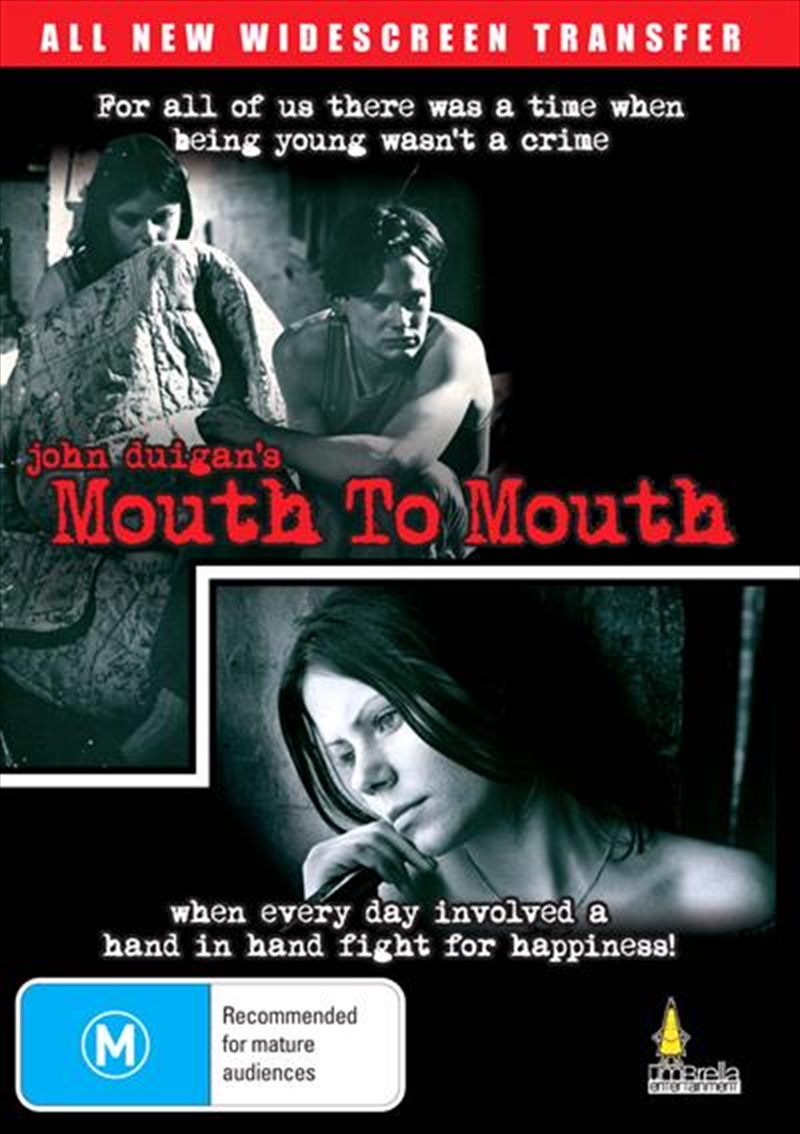 An edgy urban drama, Mouth to Mouth follows the lives of four young people, desperate to carve out a better existence in a harsh and unforgiving world. Embittered by their current living situation and general lack of opportunity, Carrie (Kim Krejus) and Jeanie (Sonia Peat) escape from a juvenile home and make tracks to begin life anew in the big city.They establish themselves in an abandoned factory and juggle the every day concerns of poverty, alienation and the greater expectations of society. Hungry for food and friendship, the girls invite two young men,who are looking for work, to live with them. With newcommers Tim (Ian Gilmour) and Sergio (Serge Frazetto) on the scene, the four outcasts forge a formidable bond, fueled by desperation and loneliness. With Carrie and Jeanie resorting to a life punctuated by petty theft and the boys getting by on free flowing government wellfare payments, their communal existence is defined by a diet of sex, alcohol and growing disillusionment. A compassionate and engaging trip to the outer-edge of youthful discovery, from award-winning filmmaker John Duigan (The Year My Voice Broke, Sirens) - Mouth To Mouth is presented in a brand new widescreen transfer, capturing an era with raw intensity and reflecting the courage of friendship in an ever-changing social landscape.
DETAILS