Fullmetal Alchemist The Movie - The Sacred Star Of Milos 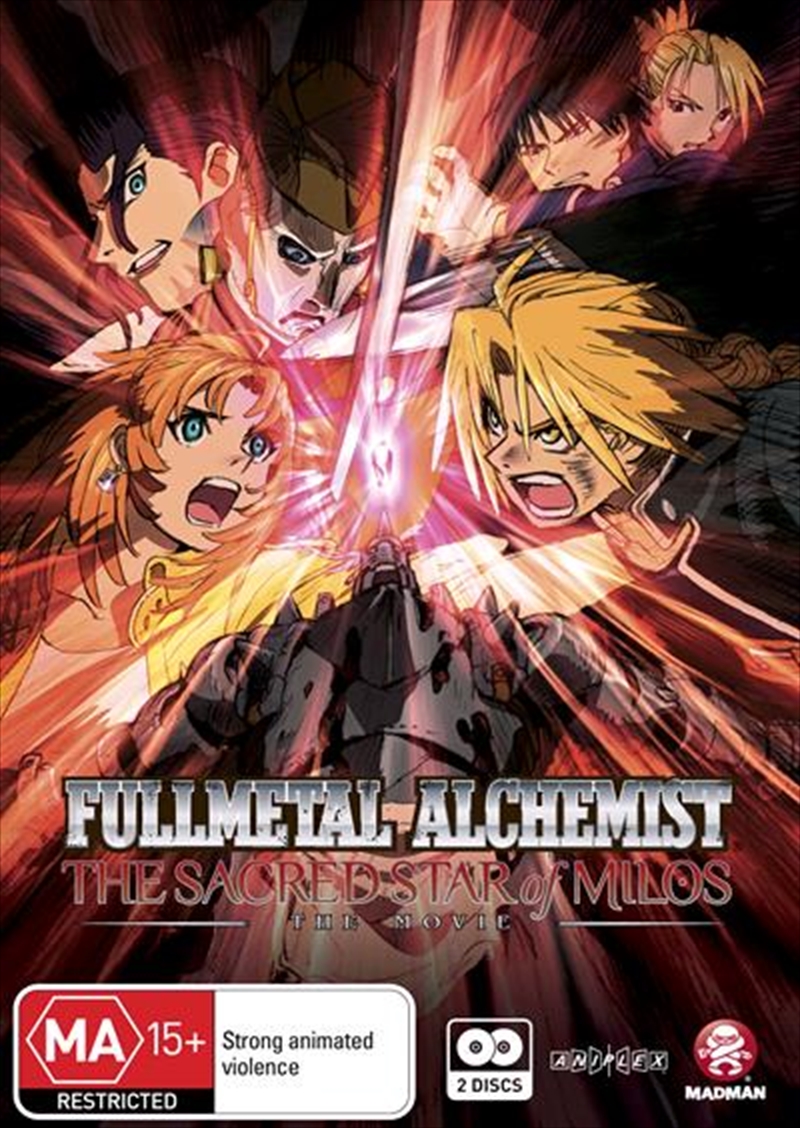 A fugitive alchemist with mysterious abilities leads the Elric brothers to a distant valley of slums inhabited by the Milos, a proud people struggling against bureaucratic exploitation. Ed and Al quickly find themselves in the middle of a rising rebellion as the exiled Milos lash out against their oppressors. At the heart of the conflict is Julia, a young alchemist befriended by Alphonse. She'll stop at nothing to restore the Milos to their former glory - even if that means harnessing the awful power of the mythical Philosopher's Stone.

Title: Fullmetal Alchemist The Movie - The Sacred Star Of Milos