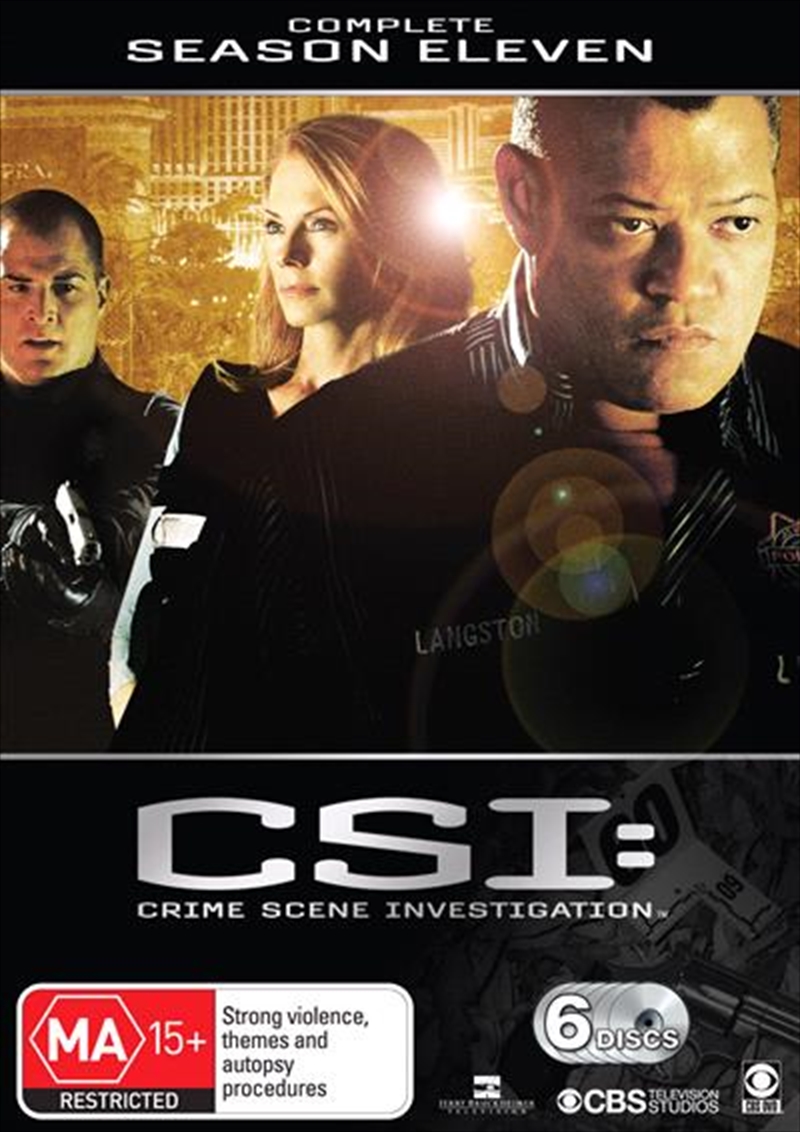 CSI Season Eleven kicks off with Raymond Langston (Laurence Fishburne) fighting for his life after being stabbed by serial killer and nemesis, Nate Haskell. Meanwhile the CSI team contend with sharks in Vegas swimming pools, video game murders, deadly car bombings and a werewolf convention linked to a murder investigation. Vegas 11 comes to a head when Langston finally comes face to face with Haskell. After several years of pursuit and countless murder victims will Langston finally get his man and even if he does, will he ever be the same again?
DETAILS

12. A Kiss Before Frying

18. Hitting for the Cycle