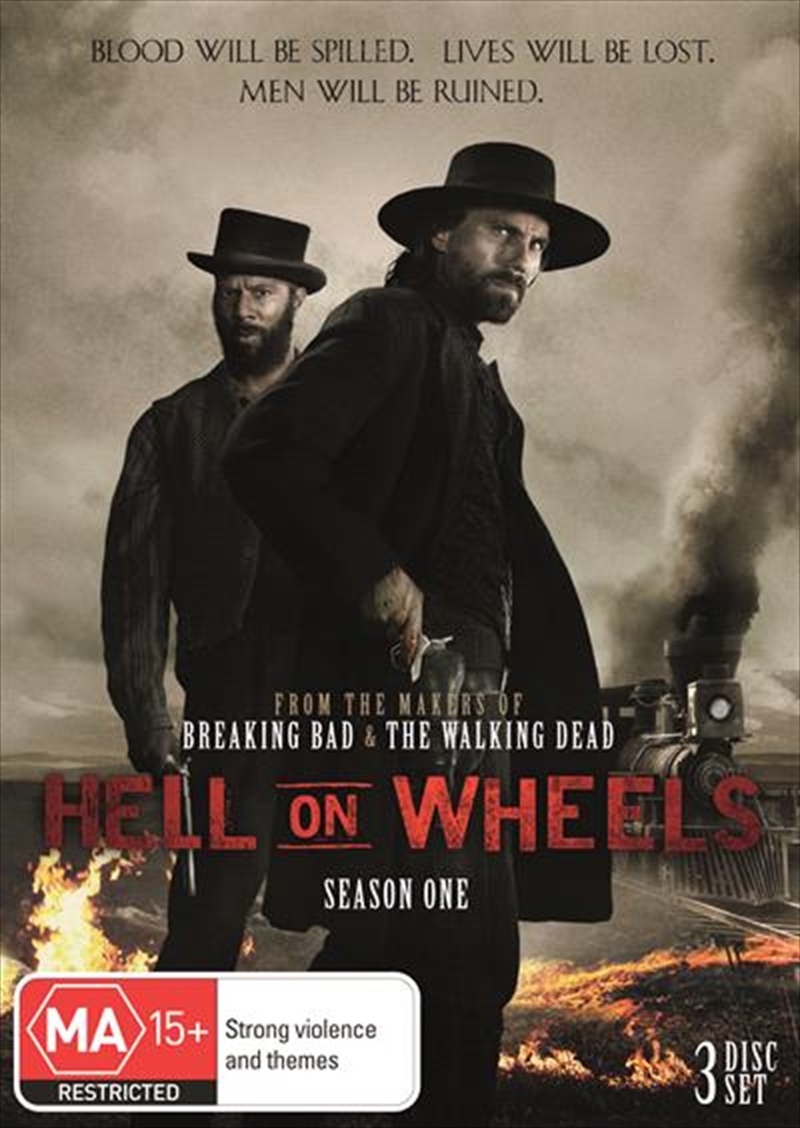 Blood will be spilled. Lives will be lost. Men will be ruined.

Hell on Wheels tells the epic story of post-Civil War America, focusing on a Confederate soldier who sets out to exact revenge on the Union soldiers who have killed his wife. His journey takes him west to Hell on Wheels, a dangerous, lawless melting pot of a town that travels with and services the construction of the first transcontinental railroad - an engineering feat unprecedented for its time. The series documents the railroad's engineering and construction as well as institutionalised greed and corruption, the immigrant experience and the plight of newly emancipated African-Americans during Reconstruction. Hell on Wheels chronicles this potent turning point in North Americas history and how uncivilised the business of civilisation can be.