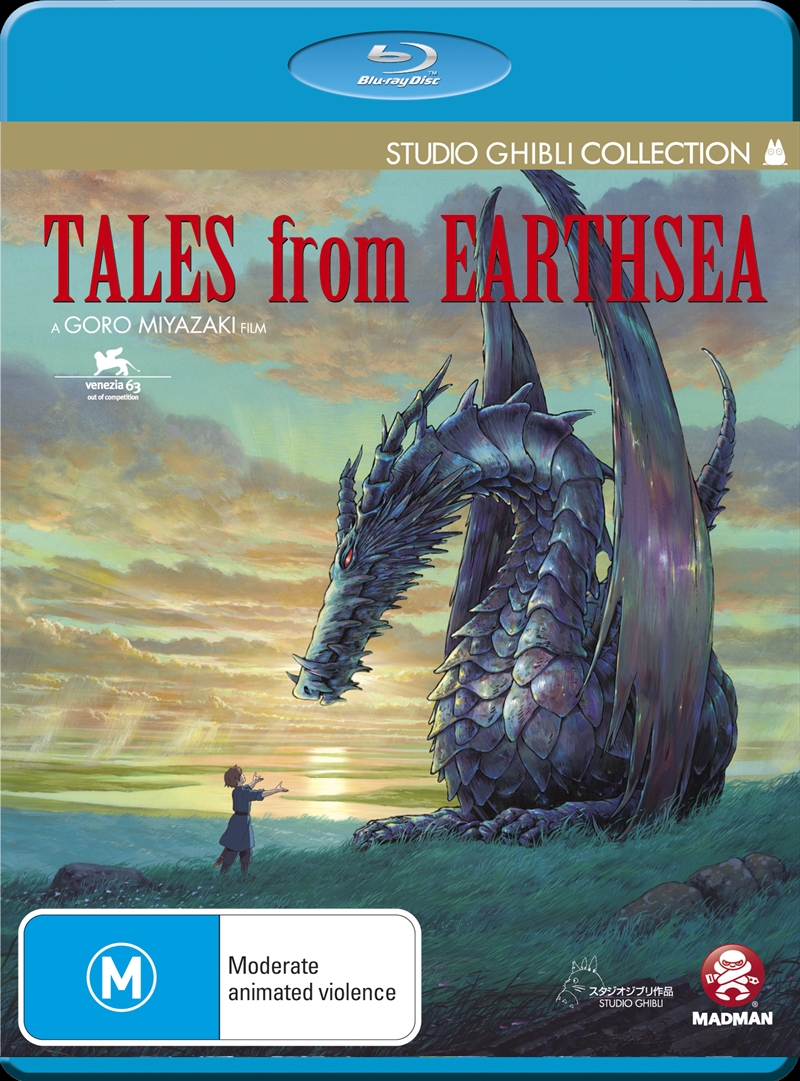 Across the land of Earthsea, crops have failed and livestock is dying. Evil omens have arisen and the balance of the world is in danger of tearing apart.In search of the cause of this encroaching catastrophe, the Archmage Ged meets Arren, exiled Prince of Enlad, in flight from a nameless Shadow. Coming to Hort Town, a city known for its dangerous streets, they cross paths with Therru, an orphan girl. When Ged learns that his rival, the wizard Cob, will attempt to open the door between the realms of the living and the dead, a struggle to avert disaster begins.Goro Miyazaki, son of Studio Ghibli founder Hayao Miyazaki (Spirited Away), makes his directorial debut with Tales From Earthsea, a tale of fantasy and adventure based on Ursula K. Le Guin's series of Earthsea novels.
DETAILS