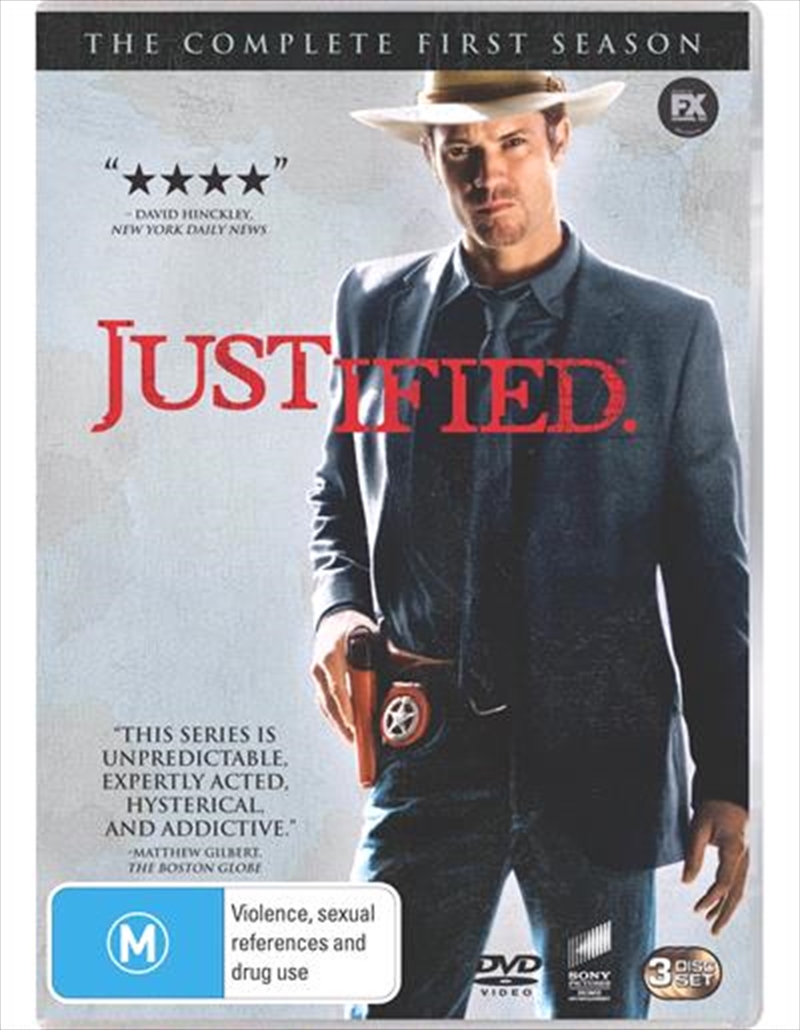 DESCRIPTION
&lt;H3&gt; Justified Season 1 DVD - On Sale Now With Fast Shipping&lt;H3&gt;
Timothy Olyphant (Damages and Deadwood) stars as a modern-day Western hero based on the character created from legendary crime novelist Elmore Leonard from his short story, Fire in the Hole. Deputy Marshall Raylan Givens (Olyphant) is exiled to his hometown of Harlan County, Kentucky after the shooting of a Miami drug cartel hit man raises debate over his renegade style of law enforcement. Unfortunately it isnt long before the people he left behind begin to surface in the most unexpected ways. Raylans new job pursuing prison escapees, fugitive con men and a corrupt local sheriff has never been more intense. Find out what makes Raylans Wild West, gun-slinging actions Justified in this thrilling first season!
TRAILER
DETAILS

4. Long in the Tooth

5. Lord of War and Thunder

What Would Elmore Do?

The Story of Justified

Meet the Marshals: A Conversation with Charlie Almanza

Season Two: A Look Ahead