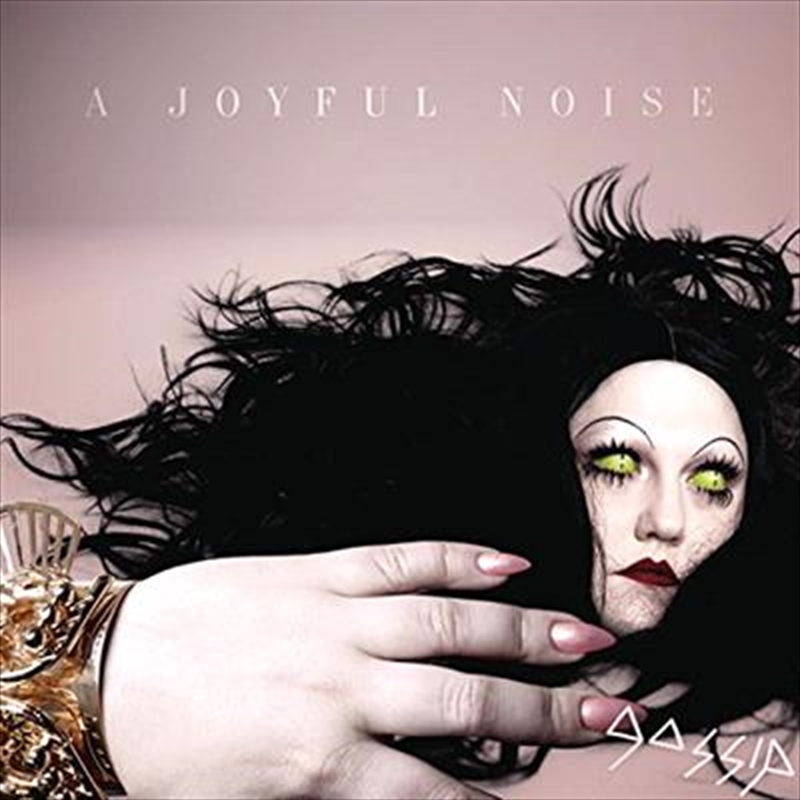 DESCRIPTION
Ever-evolving and perpetually defying convention, Gossip is back with their fifth studio album, A Joyful Noise, set to be released on May 11th, 2012. A Joyful Noise was produced by pop genius Brian Higgins (Kylie Minogue, Pet Shop Boys, Girls Aloud).

A blend of soul, gospel, rock, funk, disco, punk, passion and rebellion, Gossip is comprised of vocalist Beth Ditto, guitarist Nathan Howdeshell, and drummer Hannah Blilie. Originally formed in Olympia, Washington in 1999, Gossip first garnered attention in the UK with the release of their 2006 breakthrough album Standing In the Way of Control, and they have been in the spotlight ever since. Their most recent album, 2009’s Music For Men, sold over 1 million copies globally, surpassing gold sales in Australia. The standout single, ‘Heavy Cross’ made a massive impact on Australian airwaves and the track sat in the ARIA charts for 20 weeks, peaking at #7.

Gossip’s front woman, the irresistibly bold and challenging Beth Ditto, whose new makeup collaboration with MAC Cosmetics will launch this US Summer, makes it impossible to not fall for the band. Best captured by Billboard, Ditto “employs all of her hard-edged sexiness and manages to charm with an appealingly intimidating allure," instantly reeling you in. Recorded in both Xenomania, Higgins’ studio in England, and KBC Studios in Portland, Oregon, A Joyful Noise stays true to Gossip’s trademark brash and unapologetic nature – that is, as true as possible for a band that is constantly reinventing itself and pushing boundaries.

Working with Higgins, Gossip sought to create their own brand of pop. Ditto proclaimed, “I spent the whole year listening to ABBA and not listening to the radio,” accounting for the pulsing energy of A Joyful Noise. The album’s infectious tracks will certainly be welcomed by fans who are already entranced by Gossip’s insanely danceable beats, and will no doubt lure in many more.

Move In The Right Direction

Love In A Foreign Place