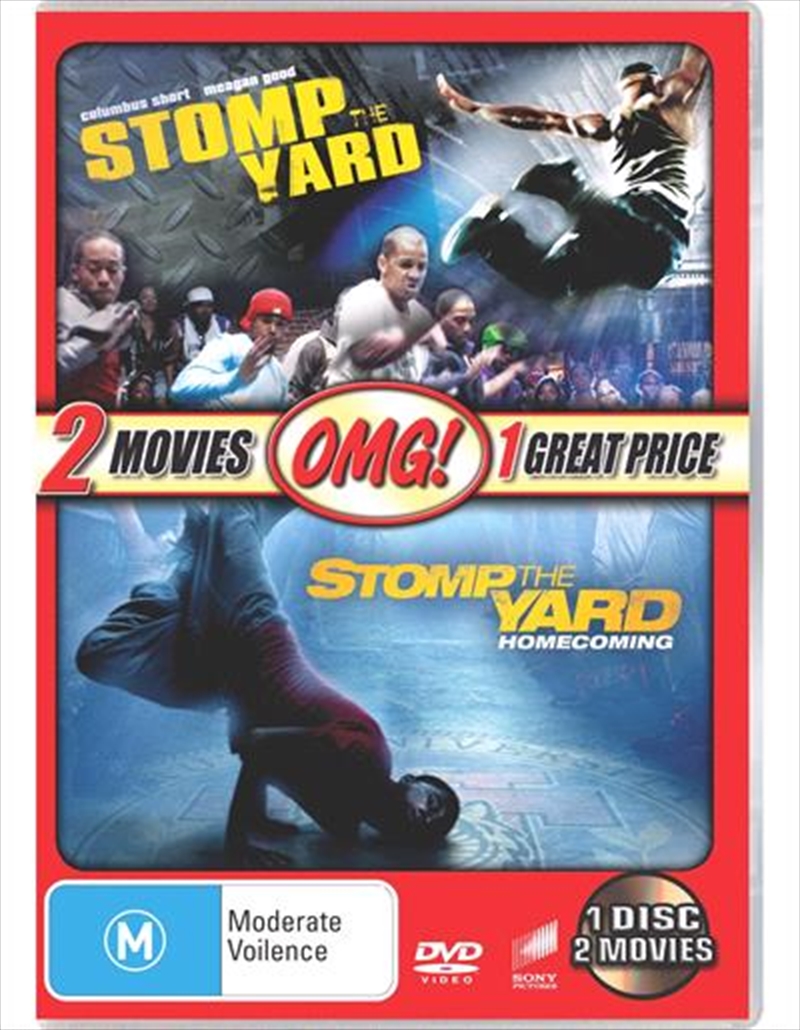 Shipping - See delivery options.
Postcode:
Quantity:
SEE MORE IN:
Limited Quantity Movies & TV Clearance Boxset Clearance Movie Clearance Sale
Stomp the Yard Synopsis: Stomp the Yard sees DJ (Columbus Short) given a second chance at a future after personal tragedy strikes. He is sent to a prestigious college in an affluent suburb, where "stepping" is a way of life. His raw talent and hip-hop inspired moves place him at the centre of a fierce rivalry between two teams. In order to compete in the stepping championship, DJ must battle his own demons and learn the true meaning of brotherhood. STY Homecoming Synopsis: In Stomp the Yard: Homecoming, the hopes of the Theta Nu fraternity step team hinge on the skills of new pledge Chance Harris (Collins Pennie). But before he can lead his team to victory, he must overcome family conflicts, romantic difficulties and a debt to a dangerous street thug (David Banner).