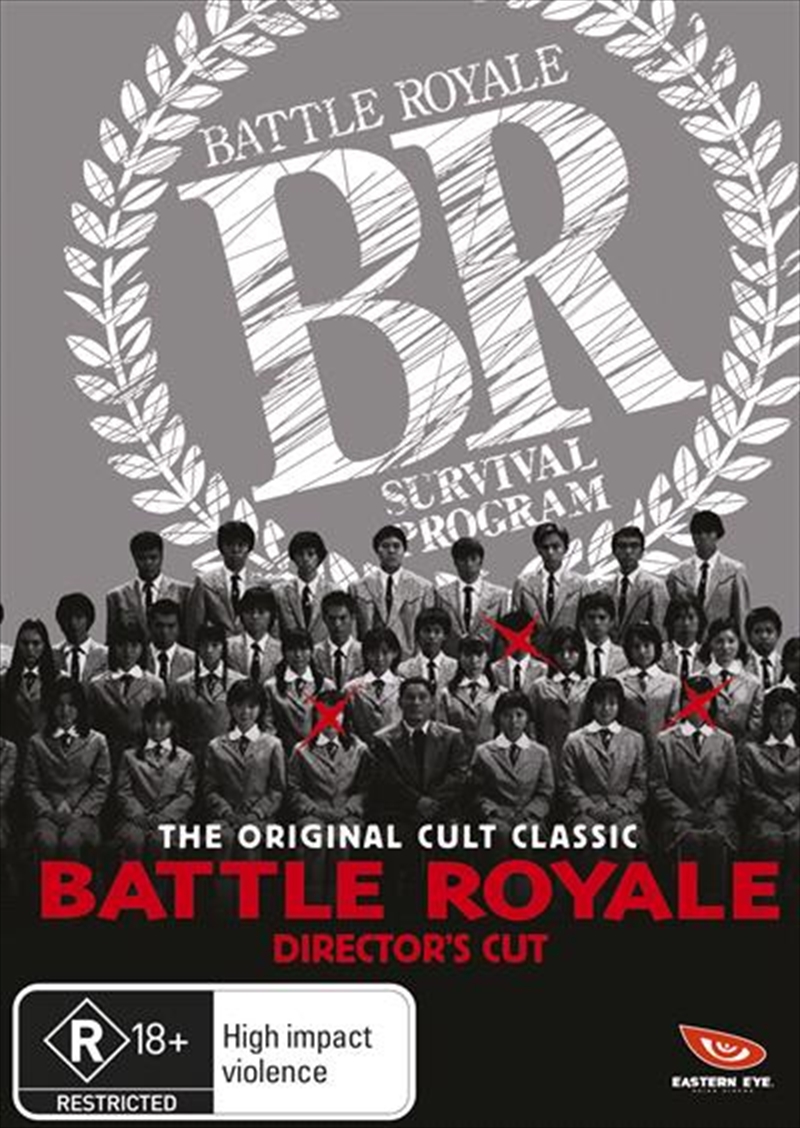 A boisterous group of 9th graders embark on a school trip. On arrival, they awaken from a drug-induced sleep to find that they have been hijacked to fight this year's Battle Royale. A former teacher, Kitano (Beat Takeshi), will oversee the battle. Each student has been fitted with a necklace that monitors their location. It can also explode on command. The rules of the game are simple: it lasts three days; each player starts out with food, water and a "weapon"; If more than one player survives, everybody dies; there is no escape. As the roll call begins, each kid grabs a backpack and stumbles away towards death or murder. As the game progresses, terror and panic challenge the students' fragile trust in each other. Some suspect everyone, blindly striking down those who cross their paths. Others form alliances dreaming of a peaceful solution with multiple survivors. Despite the game's brutality, the adolescent players maintain their school obsessions with crushes, petty grudges and their dreams. But as the game approaches its shocking final stages, even this semblance of normality disintegrates.