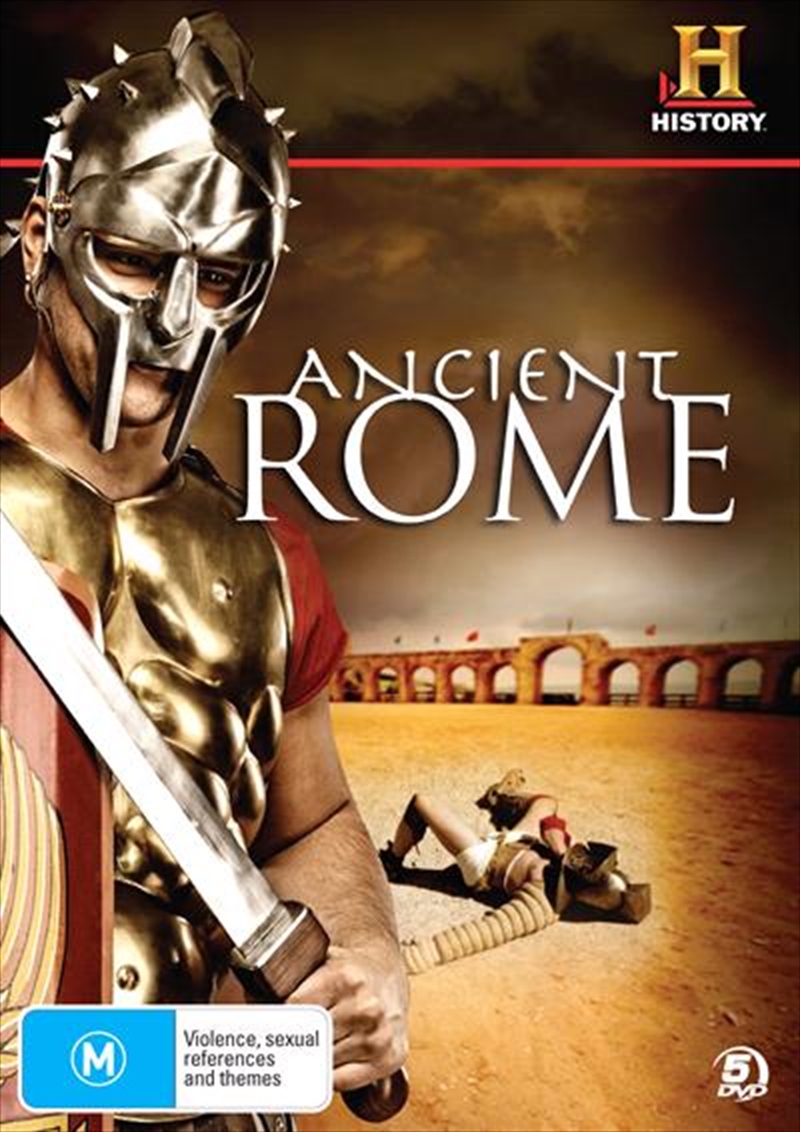 DESCRIPTION
Experience the intrigue, scandal, excitement and chaos of the most dominant empire in the history of western civilization as HISTORY journeys back to the age of Caesar in this intriguing collection of documentaries.. A comprehensive selection of programs offers a detailed look at the Roman Empire, from the remarkable highways that helped forge an empire, to the ruined seaport city of Ostia, the decadent palaces of Nero and Tiberius to the deadly eruption of Mount Vesuvius. Filled with visits to some of the most stunning ruins on earth, and interviews with leading scholars, ANCIENT ROME exposes the heart and heartache of an epic civilization, with topics including the legendary monuments where gods were honored with shocking ritualistic sacrifices and the pleasure palaces where wanton sexual depravity was not only accepted but encouraged; the ancient techniques and technology used by both the criminals and law enforcement of the times; the conversion of Constantine the Great and the triumph of Christianity; and the final flickering of Roman glory under Justinian.
DETAILS