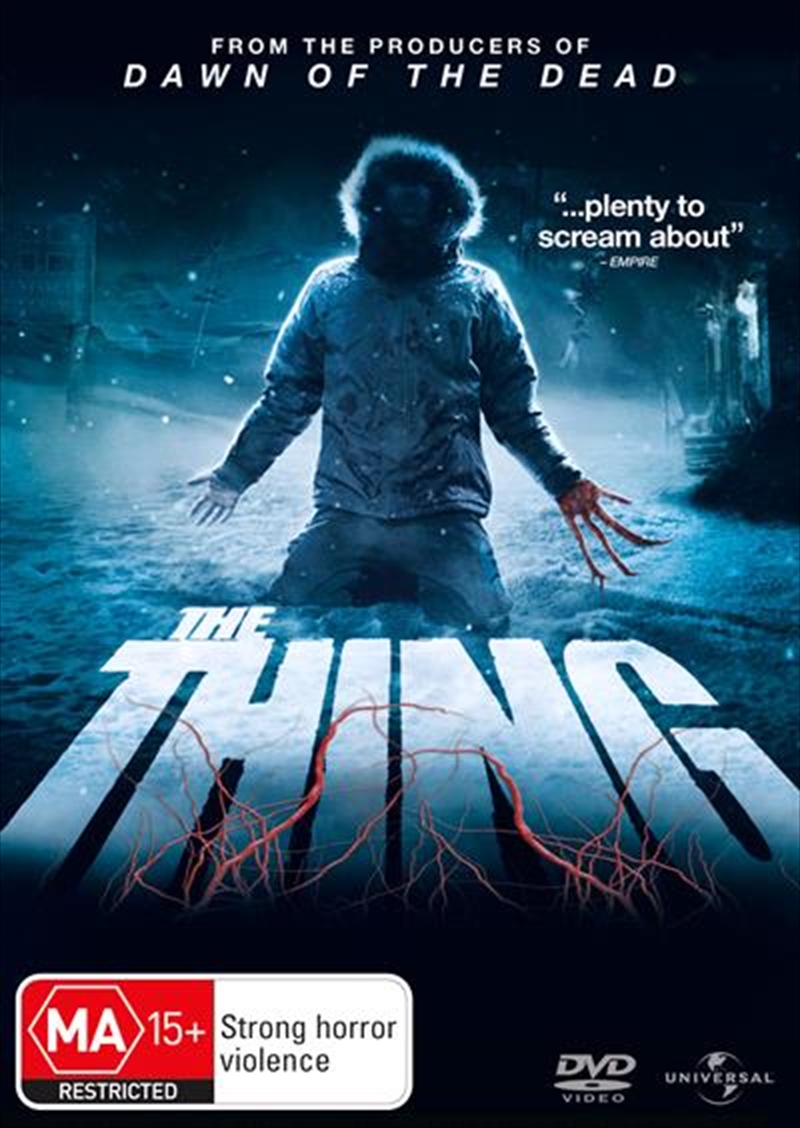 SEE MORE IN:
Unstreamables Cant Seem To Stream 2 for $20 Movies
DESCRIPTION
It's not human. Yet.

Antarctica: an extraordinary continent of awesome beauty. It is also home to an isolated outpost where a discovery full of scientific possibility becomes a mission of survival when an alien is unearthed by a crew of international scientists. The shape-shifting creature, accidentally unleashed at this marooned colony, has the ability to turn itself into a perfect replica of any living being. It can look just like you or me, but inside, it remains inhuman. In the thriller The Thing, paranoia spreads like an epidemic among a group of researchers as theyre infected, one by one, by a mystery from another planet.
TRAILER
DETAILS