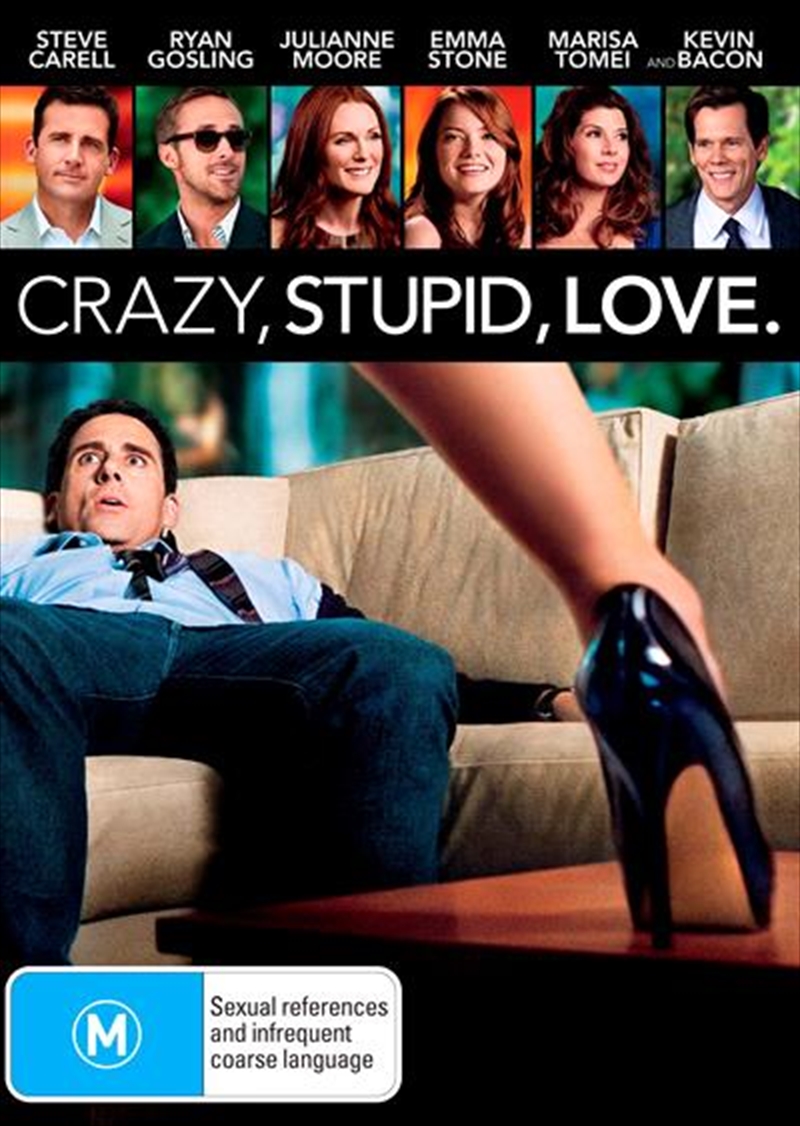 Steve Carell and Ryan Gosling lead an all-star cast in Crazy, Stupid, Love. Fortysomething straight-laced Cal Weaver (Carell) is living the dreamgood job, nice house, great kids and marriage to his high school sweetheart, Emily (Julianne Moore). So when Cal learns that his wife has cheated on him and wants a divorce, his perfect life quickly unravels. Cal, who hasn't dated in decades, stands out as the epitome of un-smooth so handsome player Jacob Palmer (Gosling) takes him on as wingman and protg, opening Cals eyes to the many options before him: flirty women, manly drinks and a sense of style. Despite Cal's makeover and his many new conquests, the one thing that cant be made over is his heart, which seems to keep leading Cal back to where he began. Brimming with inspired performances, critics are calling this gem of a romantic comedy a movie that understands love (Owen Gleiberman, Entertainment Weekly).
TRAILER
DETAILS