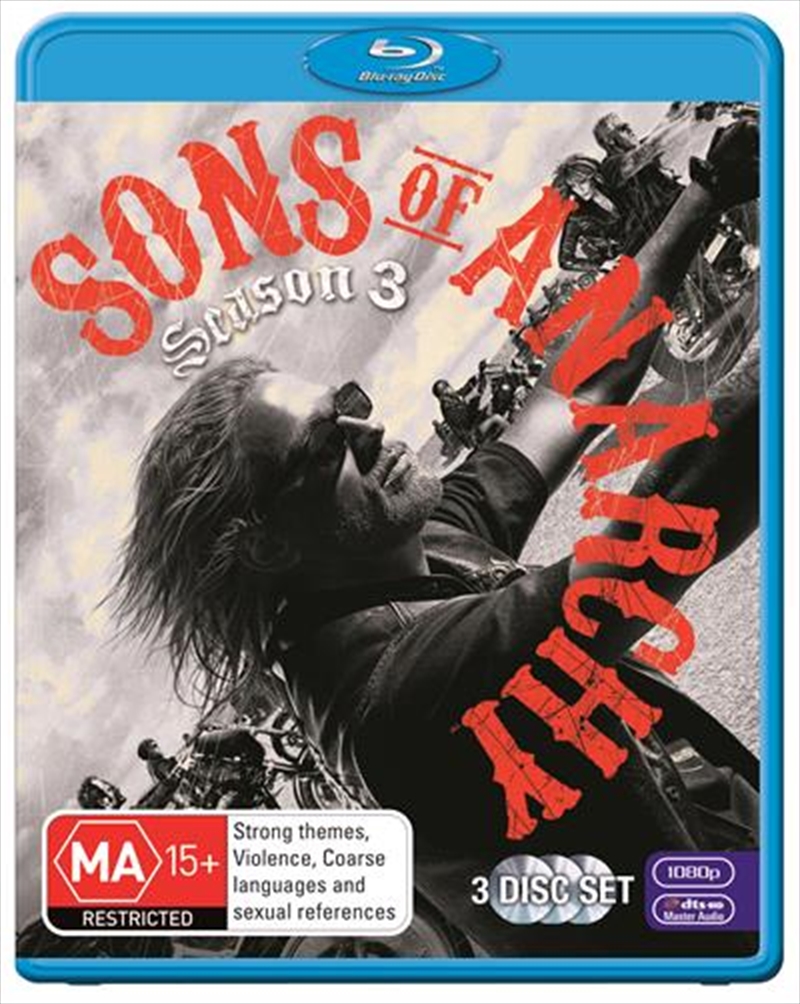 The sins of the father come crashing down on the son in Season Three of Sons of Anarchy! Chaos and confusion reign after Jaxs infant son, Abel, is kidnapped and Gemma (Golden Globe winner Katey Sagal) is framed for murder. When Abels trail leads SAMCRO to Ireland, secrets are revealed and the bonds of brotherhood are shattered. Jax is left reeling with more questions than answers as he struggles with the legacy of his father, the future of the club, and the fate of his family.
TRAILER
DETAILS