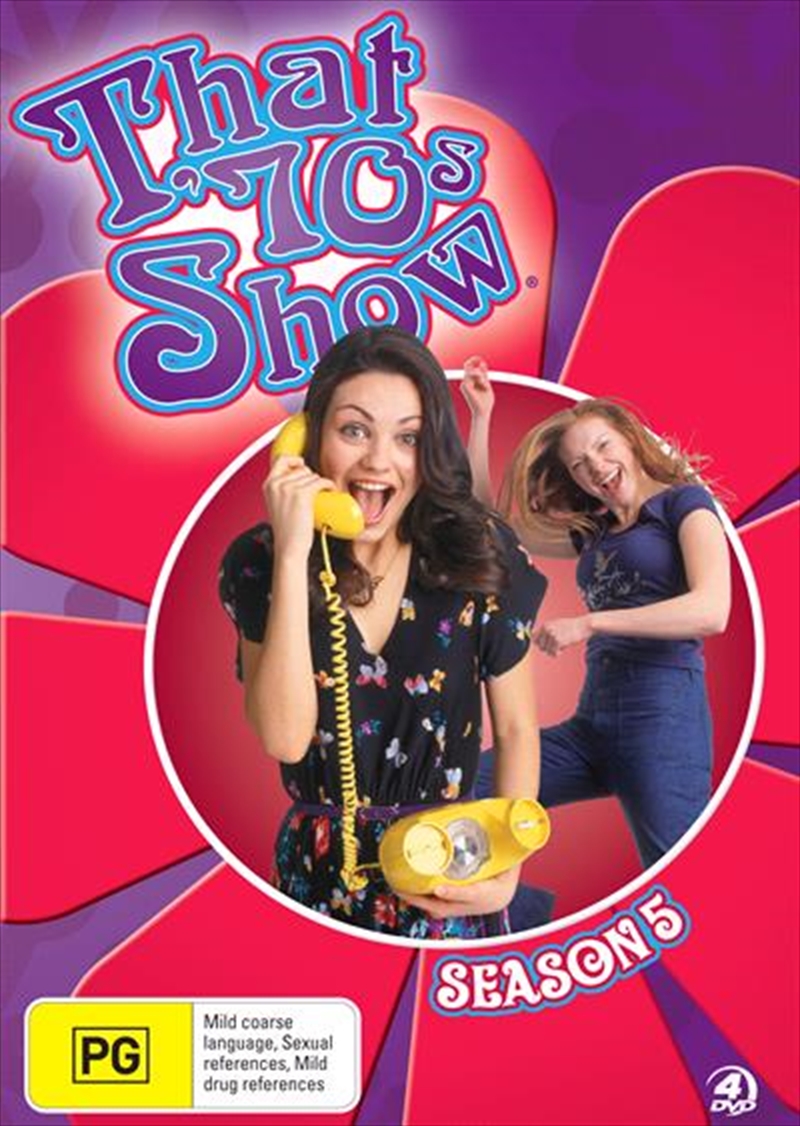 Shipping - See delivery options.
Postcode:
Quantity:
SEE MORE IN:
$5 Movies & More
&lt;H3&gt; That 70's Show Season 5 DVD - On Sale Now With Fast Shipping&lt;H3&gt;
Flash on back to the swinging '70s where there's a whole lotta love going around in the gang's senior year. Jackie is secretly making out with Hyde even though she still has the hots for Kelso. But Eric and Donna soon have a bigger secret after Eric gives her a diamond ring. Even Fez finally finds love at the DMV. But it's the job fair that has everyone thinking of life after high school. Kelso toys with the idea of becoming a cop, while Donna and Eric plan on moving in together. But it's Fez's future that may be the most uncertain after he learns he's being deported!