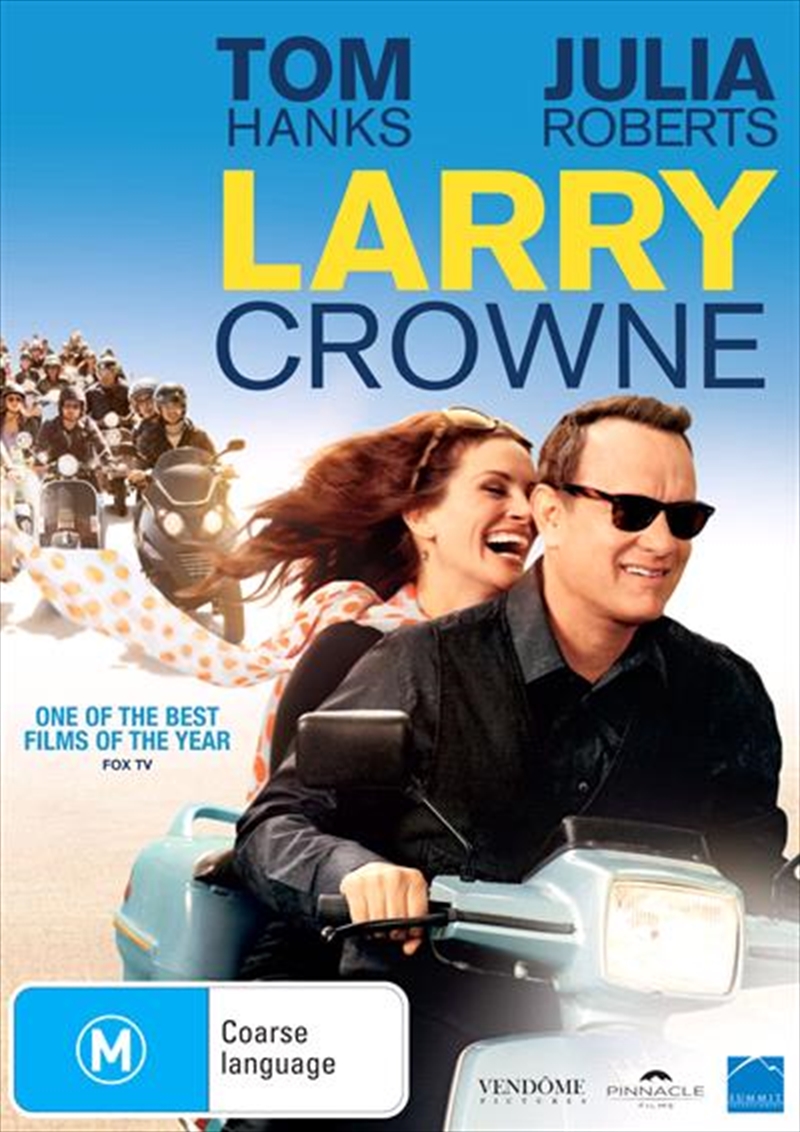 Shipping - See delivery options.
Postcode:
Quantity:
SEE MORE IN:
3 for $20 Movies & More
DESCRIPTION
When appealing everyman LARRY CROWNE (Tom Hanks) is inexplicably fired from his job as a big box store clerk, he realizes its time for some meaningful change in his life. Deeply in debt and without direction, he returns to college where he befriends a group of scooter-riding students and eventually develops a real affection for his beautiful speech class instructor, MERCEDES TAINOT (Julia Roberts). Charming and smart, LARRY CROWNE reminds us of lifes small surprises. Sometimes clouds really do have a silver lining. Its also about the power of new beginnings like the time Larry Crowne, an ordinary man with a gentle heart, was forced to downsize his worldand ended up expanding his life.
TRAILER
DETAILS