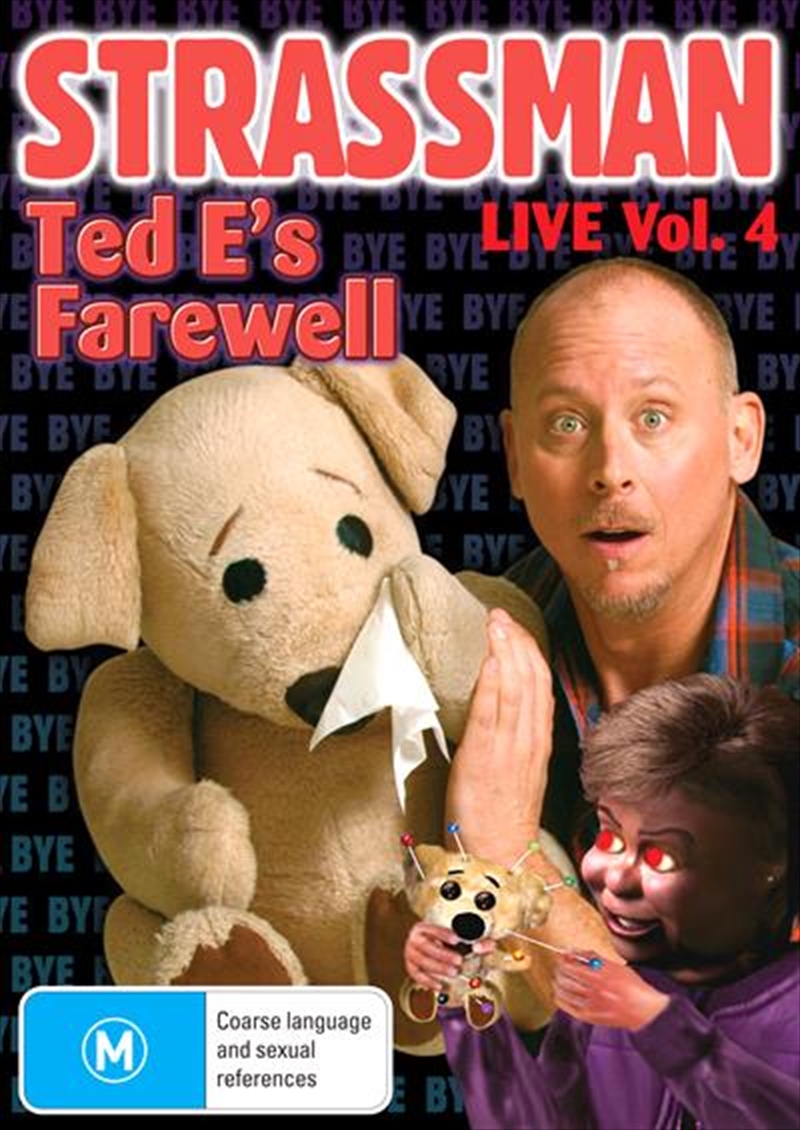 The master ventriloquist in his best show yet!

Strassmans latest show, Ted E's Farewell, is his most hilarious and twisted ever! The much adored Ted E. Bare has announced his showbiz retirement and, in this side-splitting comedy, we find out why. With hilarious new routines from a menagerie of puppet freaks and wanna-be replacements, this dark and edgy show will leave fans in stitches. Around the world, Strassman is considered the master and inventor of postmodern ventriloquism, and he brings back his characters Chuck Wood, Grandpa Fred, Sid the Beaver, Kevin the Alien, plus many more. Don't miss out on the success of Strassman.