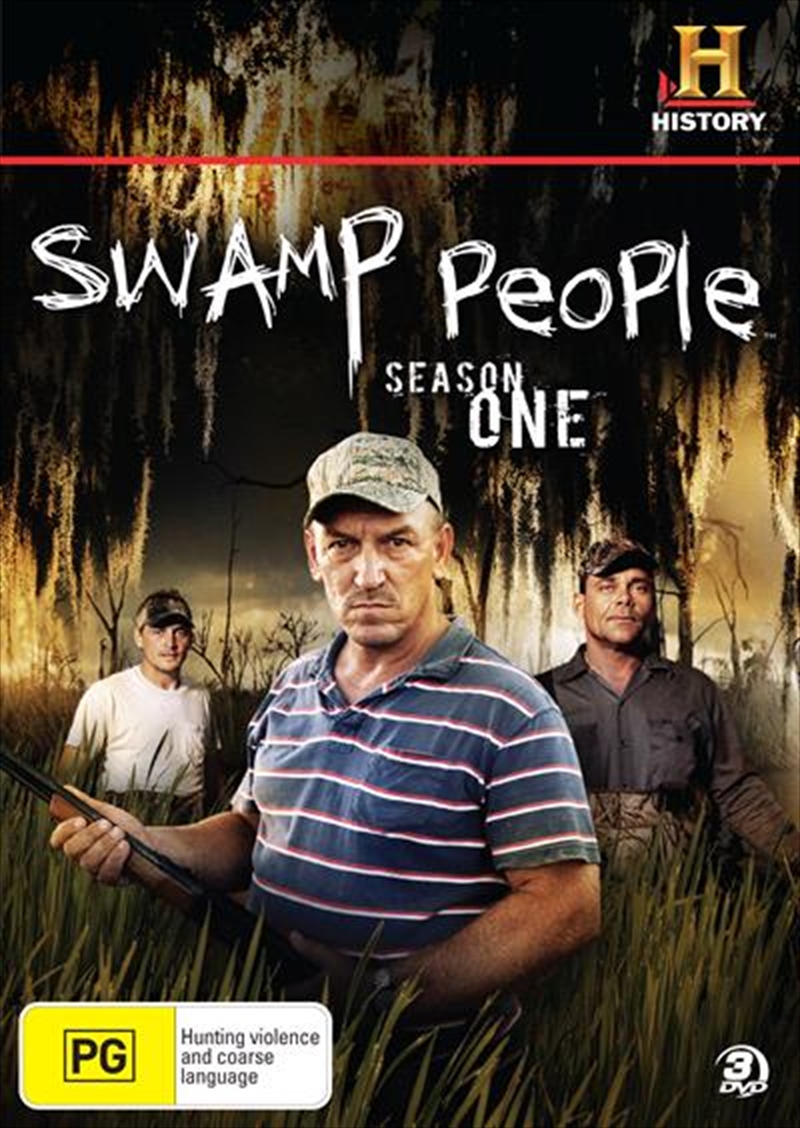 Shipping - See delivery options.
Postcode:
Quantity:
SEE MORE IN:
Swamp People
Deep in the heart of Louisiana lies Americas largest swamp - a million miles of inhospitable bayous, marshes and wetlands where nature rules and humans struggle to tame it. Many of its inhabitants are the hardened descendants of French refugees who were forced out of Canada in the 18th century and settled in this harsh yet majestic environment. SEASON ONE of SWAMP PEOPLE takes you on a journey to a hidden world, the bayous and swamplands of America's southern heartland, where the folks who dwell here live on thefringes of society and are known as Cajuns. Resilient, self-reliant and fiercely independent,the Cajuns of the Atchafalaya Swamp still carry on many of their ancestors trades and traditions. HISTORY's SWAMP PEOPLE follows these swampers through a time of year that is crucialto their survival: the 30-day alligator hunting season. At its core, this is a uniquely American story of a proud and skillful people fighting to maintain an ancient way of life in a rapidly modernizing world, despite the many perils and trials that stand in their way.