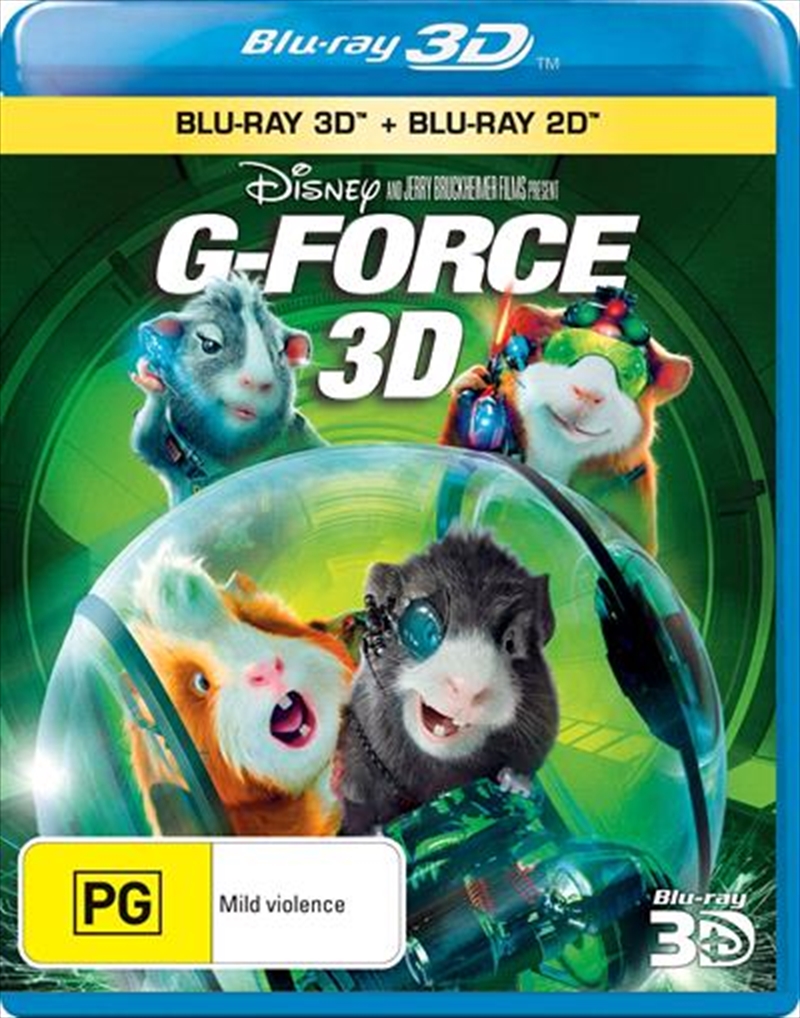 Producer Jerry Bruckheimer brings his first 3-D film to the big screen with G-Force, a comedy adventure about the latest evolution of a covert government program to train animals to work in espionage. Armed with the latest high-tech spy equipment, these highly trained guinea pigs discover that the fate of the world is in their paws. Tapped for the G-Force are guinea pigs Darwin (voice of Sam Rockwell), the squad leader determined to succeed at all costs; Blaster (voice of Tracy Morgan), an outrageous weapons expert with tons of attitude and a love for all things extreme; and Juarez (voice of Penelope Cruz), a sexy martial arts pro; plus the literal fly-on-the-wall reconnaissance expert Mooch, and a star-nosed mole Speckles (voice of Nicolas Cage), the computer and information specialist. Directed by two-time Oscar-winning visual effects master Hoyt YeatmanG-Force takes audiences on a high-octane thrill ride, proving once and for all that size really doesn't matter.