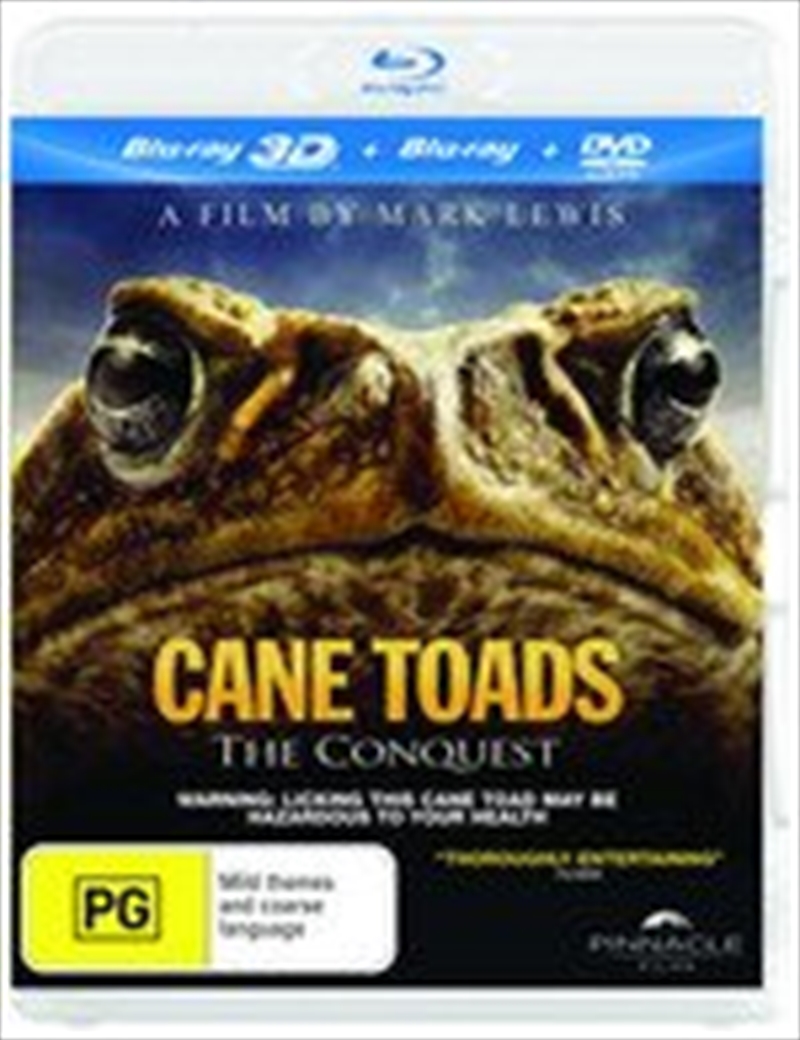 Poignant and hilarious, CANE TOADS THE CONQUEST is the irreverent, comic and provocative true story of a great Australian menace. Join the cane toads on their unstoppable journey across the continent, as they leave behind them a broken trail of human folly, endless controversy and a series of extraordinary close encounters. Meet the scientists, community groups, politicians and housewives who have crossed their paths. Discover the incredible history behind one of Australias most notorious environmental blunders. Featuring a host of hilarious characters, and the largest number of toads ever assembled for a motion picture, CANE TOADS THE CONQUEST will take you on a wild and ugly ride into the incredible world of the mighty toad. Hop to it!