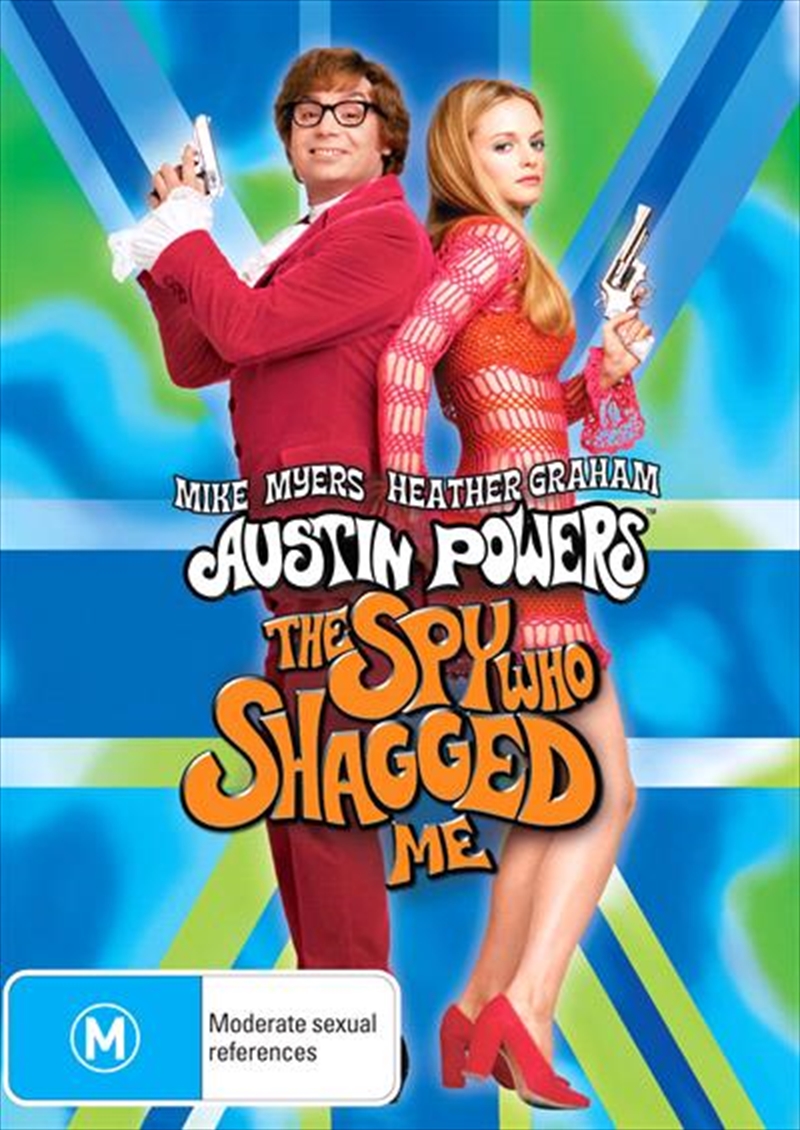 First, he fought for the Crown. Now he's fighting for the Family Jewels.

His name is Powers. Austin Powers.And when he's not saving the world from the clutches of evil, he's doing what every over-sexed, under-satisfied spy does: shag. And yeah baby, can he shag. But not for much longer. The wicked Dr. Evil has gone back in time and stolen Austin's mojo - his libido - and Austin is feeling well, rather limp. So with the help of CIA agent, Felicity Shagwell (Shagwell by name, shag very well by nature), Austin's taking a trip back to the 60's to reclaim his manly bits. Sure he'll be up against some, uh um, stiff competition, but this totally shagadelic swinger plans to put Dr. Evil away for good and get back on top - where he likes it.

Title: Austin Powers - The Spy Who Shagged Me