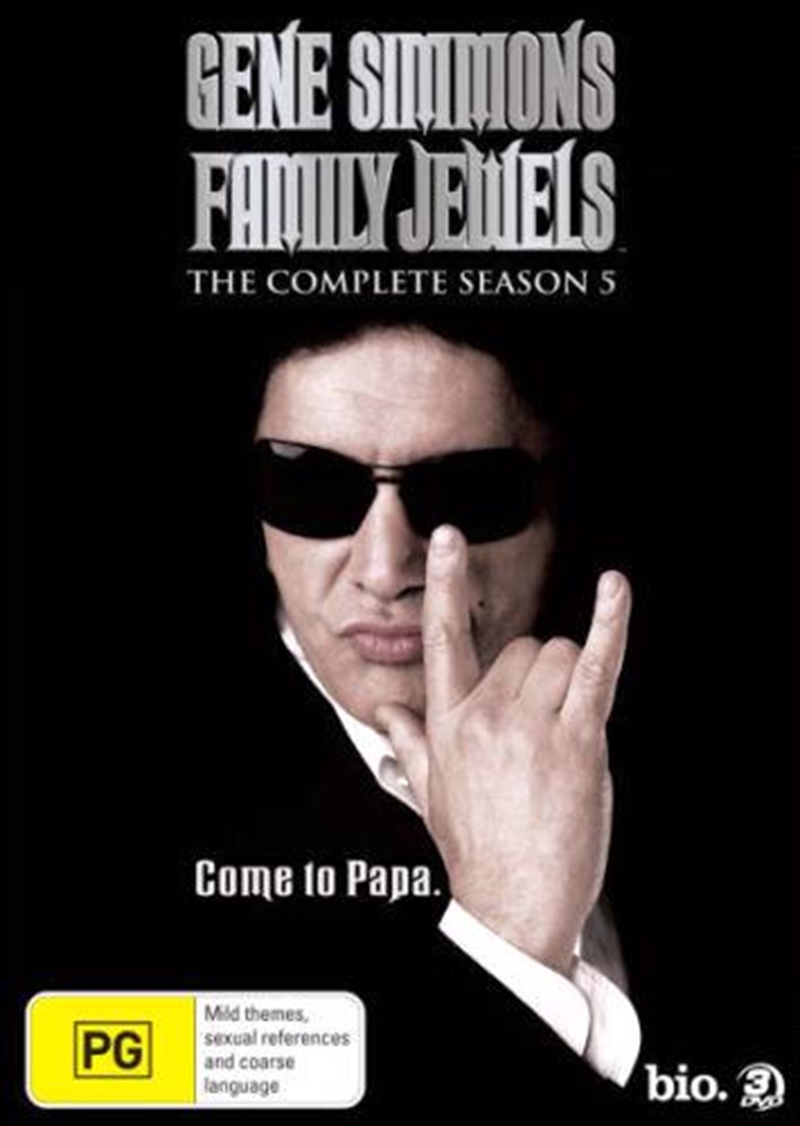 Legendary rock god Gene Simmons returns with his unconventional family for another wildly entertaining season of Gene Simmons Family Jewels. From a major health scare for Shannon, to Sophies high school graduation, to Genes 60th and Nicks 21st birthdays, Season Five gives fans an unprecedented look at the many adventures and milestone moments that make the family so cohesive. Plus, with everything going on at home, KISS has been in the midst of a sold-out world tour viewers will get an all-access pass to the tour, meeting up with Gene in several cities. This season also features Nick playing with Kiss members Tommy Thayer (lead guitar), Eric Singer (drums) and dad on bass at Comic-Con for the launch of his newest graphic novel, Incarnate, which Nick both wrote and drew; Sophie looking at colleges; Gene touring his roots in New York City; and a very emotional experience at the Anne Frank House in Amsterdam.
DETAILS