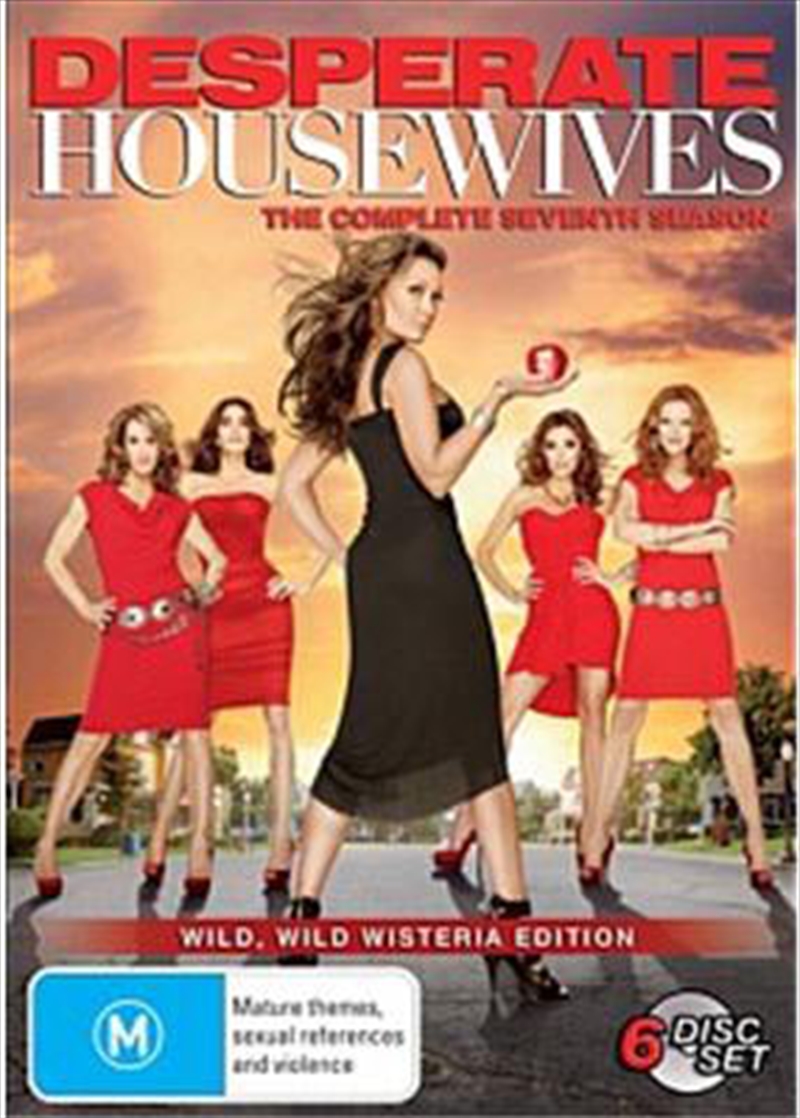 The action gets even wilder in the sizzling seventh season of ABC's acclaimed dramatic comedy Desperate Housewives. Experience all the humor, mystery and juicy thrills in this spectacular 6-disk collection. It's high noon on Wisteria Lane as a brand-new rival (Vanessa Williams) stirs up even more excitement, deceit and romance in the neighbourhood. Lynette gets jealous when Renee starts spending time with Tom, and Bree finds herself falling for Keith ) Brian Austin Green). Meanwhile, Gabrielle makes a shocking personal discovery, Susan copes with a life-threatening event and a mysterious shooting has everyone on edge. Through all the drama, the world's most famous housewives are bound together by the friendship they share and the secrets they keep. Relive every red-hot episode and dive deeper into television's most addicting primetime series with never-before-seen bonus features. It's the perfect gift for every Desperate Housewives fan!
DETAILS