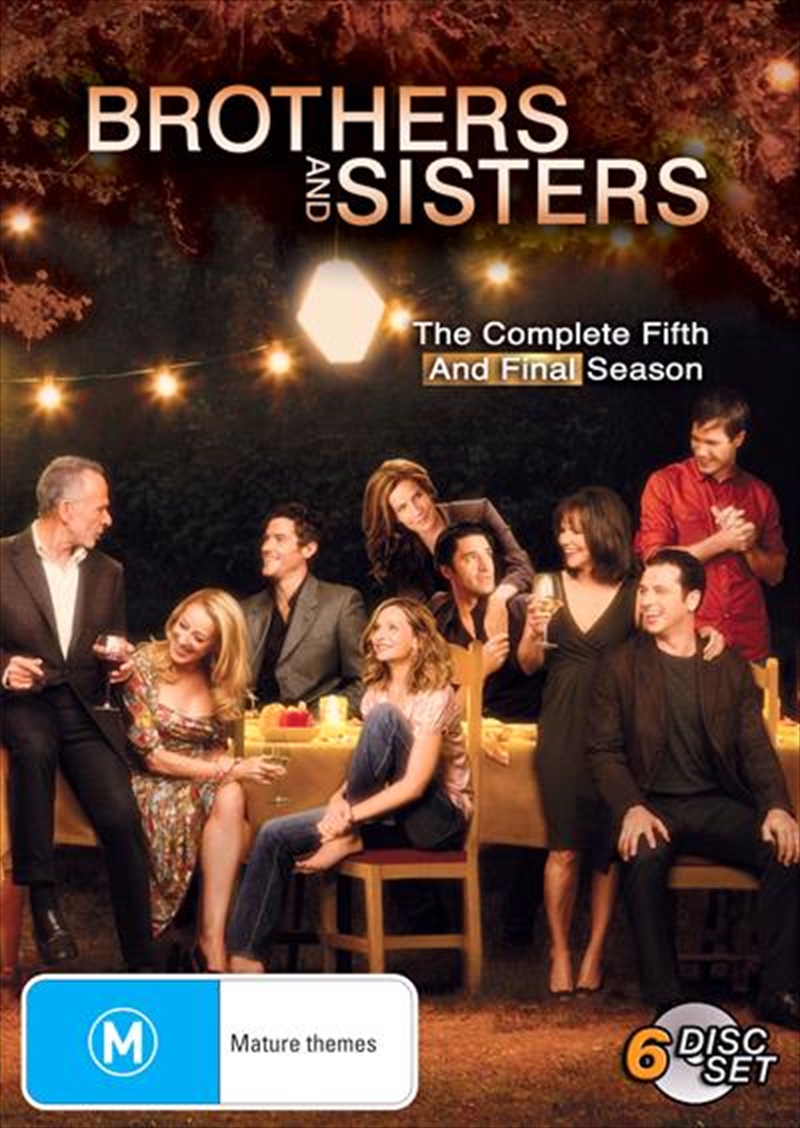 Shipping - See delivery options.
Postcode:
Quantity:
SEE MORE IN:
3 for $40 TV
DESCRIPTION
&lt;H3&gt; Brothers And Sisters Season 5 DVD - On Sale Now With Fast Shipping&lt;H3&gt;
The deep connections in the Walker family of Brothers and Sisters come to a fulfilling, emotional end in this well-written fifth and final season of the show. Led by Walker matriarch Sally Field in one of her best roles ever, the cast of Brothers and Sisters meshes and clashes, like a real family, only perhaps a bit wittier. This season the viewer notices the absence of Rob Lowe (Senator McCallister), but his ex, Kitty Walker (Calista Flockhart), has a new, much younger love in the quirky Seth (Ryan Devlin). The marriage of brother Kevin (Matthew Rhys) and Scotty (Luke Macfarlane) is blossoming and includes some young new members. Even Uncle Saul (Ron Rifkin) seems to have found his soul mate, in Jonathan (Richard Chamberlain). As happens with the Walker clan, a new member of the family is revealed--but this time it's not a love child of the departed William Walker (Tom Skerritt). And there are heartbreaks and great, deep romantic connections. Sarah (Rachel Griffiths) finally gets a major story arc of her own in this season, and it's lovely. Her bond is only growing with the handsome Luc (Gilles Marini), and they make a decision on how to face the rest of their lives. Kitty and Seth have a different kind of decision to make, and Beau Bridges, excellent as Brody, a onetime flame of Nora's, reappears in her, and the family's, life at exactly the wrong time. Which of course means the perfect time for wonderful, engaging TV drama. The fifth-season boxed set includes some great extras, like bloopers, behind-the-scenes details, and a hilarious interview with the undeniably gorgeous but extremely self-effacing Marini. Fans of Brothers and Sisters will want to make room at the table one last time for this loving, lush finale.
DETAILS