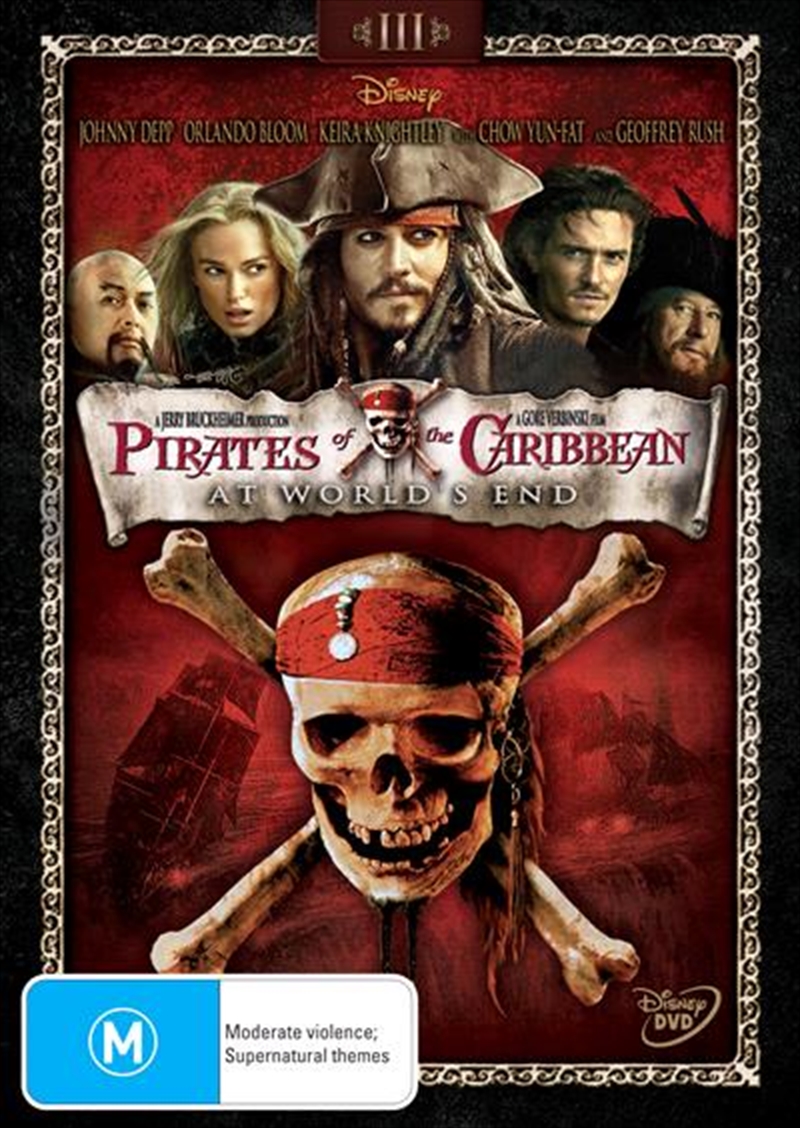 Shipping - See delivery options.
Postcode:
Quantity:
SEE MORE IN:
Pirates Of The Caribbean 2 for $20 Movies & More
At the End of the World, the Adventure Begins

Just when he's needed most, Captain Jack Sparrow (Johnny Depp), that witty and wily charmer of a pirate, is trapped on a sea of sand in Davy Jones' Locker. Will Turner (Orlando Bloom), Elizabeth Swann (Keira Knightley) and Captain Barbossa (Geoffrey Rush) are forced to form an alliance, if only a shaky one, and embark upon the quest to free him from Jones' curse. Being the the last of the nine Pirate Lords of the Brethren Court, Sparrow is needed to reconvene the court and help them unite in a final stand to preserve the quickly fading way of life and freedom that pirates enjoy.
From exotic Singapore, to World's End and beyond, from Shipwreck Island, to a titanic ocean battle, At World's End is packed with over-the-edge action, irreverent humor and seafaring myth and magic. Everything has led to this twisting, turning, wild swashbuckling ride that is the final chapter of the hugely successful Pirates of the Caribbean trilogy.

Title: Pirates Of The Caribbean - At World's End