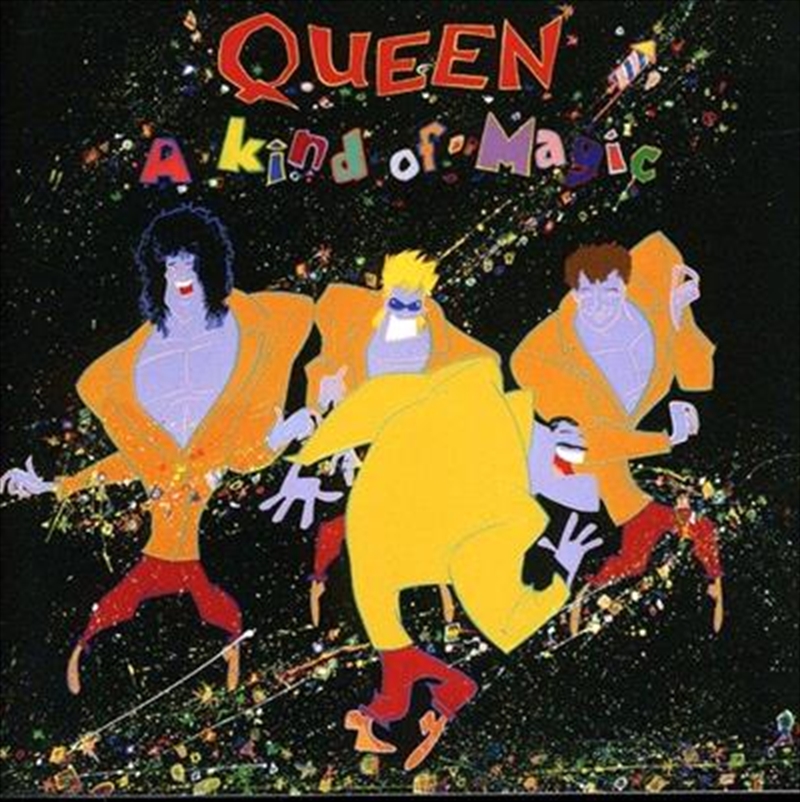 Announcing the release of Batch 3 of the Queen Remasters and the latest Deep Cuts as part of the band's 40th Anniversary celebrations. This includes the albums The Works, A Kind Of Magic, The Miracle, Innuendo, Made In Heaven.

Between 1984 and 1995 Queen released their last five studio albums and consolidated their reputation as the biggest, brashest and boldest band in the world. They achieved legendary status as they delivered THE defining performance of the century at Live Aid as well as headlining massive stadium concerts all over the world. Queen also released some of their best loved and most anthemic work in this period, before and after the passing of Freddie Mercury in 1991.

A Kind Of Magic 1986 saw the release of Queen's twelfth studio album A Kind Of Magic. The album featured a number of hit singles including One Vision, A Kind Of Magic and the haunting Who Wants To Live Forever. It was the band's twelfth studio album and their first to be recorded digitally, and is based on the soundtrack to the film Highlander, the first in a series directed by Russell Mulcahy. A Kind of Magic spent sixty-three weeks in the UK chart and spawed three hit singles. It is Queen's first album with a title track, and every album released thereafter also contained one. It has, in recent years, been cited by music publications and fans as one of Queen's best records of the 1980s. Estimates of the albums sales vary but sales are as high as 14 million copies worldwide!

A Kind Of Magic

One Year Of Love

Pain Is So Close To Pleasure

Friends Will Be Friends

Who Wants To Live Forever

Princess Of The Universe