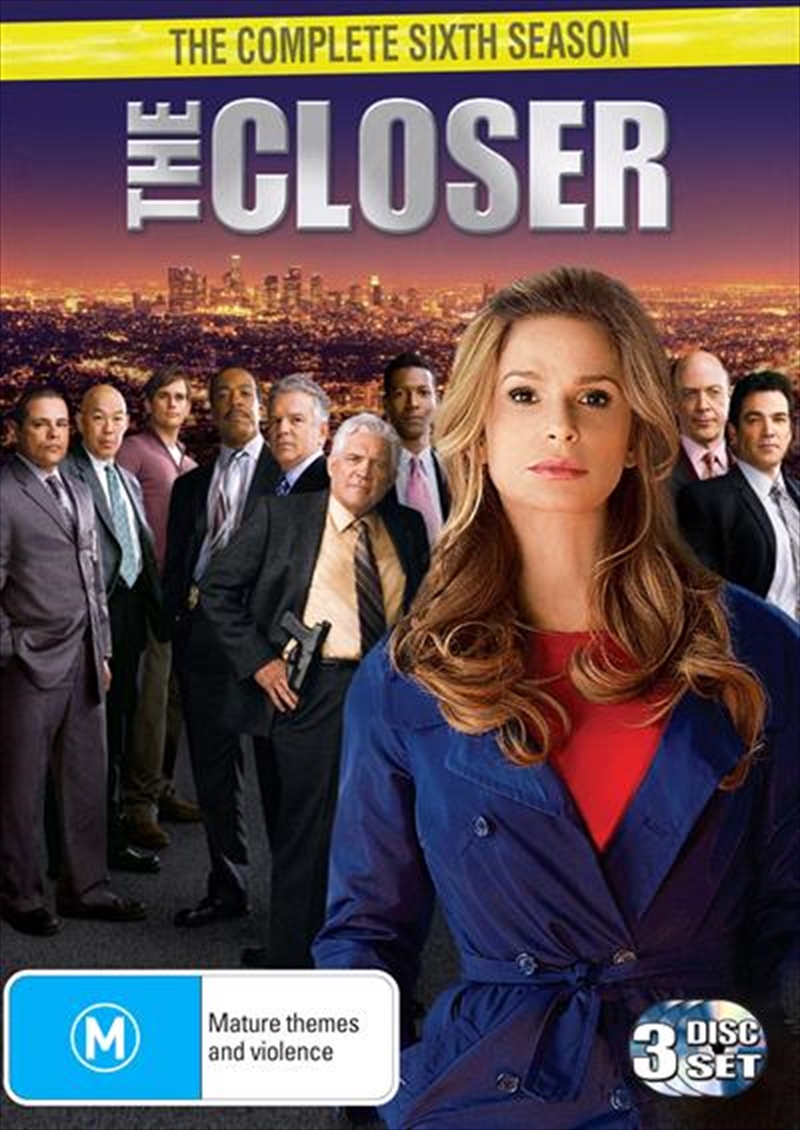 They'll bring you in. She'll make you talk.

Moving up? The LAPD is looking for a new chief and Will Pope thinks he has the inside track. He soon has an unexpected rival for the job: Brenda (Best Actress Emmy and Golden Globe winner Kyra Sedgwick). And Brenda has an unexpected ally helping groom her for the selection process: Capt. Raydor. The contest for chief is only one of the ingenious, suspenseful, often funny storylines that makes Season Six of The Closer stellar entertainment. Join the squad as Sanchez looks after an orphaned boy, Tao goes undercover as a biker dude, Provenza and Flynn date airline attendants (turns out one of them has a corpse in her bathtub) and Brenda finds her family Christmas rudely interrupted by crime.